(Kitco News) - The gold market is preparing to end the year close to its lowest point in six years; however, one market analyst is confident that prices should recover enough in 2016 to retest the top of its long-term range.

George Milling-Stanley, head of gold investments at State Street Global Advisors, said in an interview with Kitco News that there are reason he is optimistic for the precious metal in 2016. State Street Global Advisors has a lot of experience in the gold market as the firm is the marketing agent of the largest gold-backed exchange traded fund, SPDR Gold Shares (NYSE: GLD). 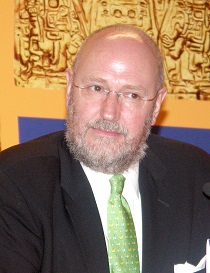 Milling-Stanley added with the speculative bubble finally bursting for gold, the market can now focus on the bullish fundamentals and the next year could be the important base-building phase.

Milling-Stanley added that he doesn’t see prices falling much below $1,050 an ounce in the near-term as the market is “well supported on the downside from a fundamental standpoint.”

“I think the market is poised right now to go higher,” he said. “I am not desperately concerned about the price right now.”

What makes Milling-Stanleythe most optimistic on gold for 2016 is the fact that interest rates are only going up slowly. He explained that gold has predominantly been hurt by the surging U.S. dollar. But now that the Federal Reserve has embarked on its new rate hike cycle -- the first in almost a decade, he is expecting the U.S. dollar to top out, providing some relief to the beleaguered gold market.

“By the end of next year, in 12 months’ time, interest rates will only be around 1%,” he said. “That isn’t a big interest rate at all. The Fed has signaled that we are not going to see anything that is aggressive. When that expectation settles into people’s mind you will start to see the U.S. dollar come off its highs.”

Milling-Stanley, is also optimistic on gold as he expects traditional supply and demand fundamentals to play an important role in the marketplace in 2016. He explained that global demand for physical gold remains strong but supply continues to dwindle.

“The price of gold is pretty close to the real all in sustainable cost of production and I don’t think we are going to see higher mine production as companies stop producing ounces that don’t make them a profit,” he said.

Finally,  Milling-Stanley said that the third factor the he sees benefiting gold in 2016 is investors moving back into precious metals to diversify their portfolio, limiting the risks of a equities that are entering bubble territory.

In the last few years, in a low interest rate environment, investors have been piling on the risk in search of higher yields.

“The stock market, to me, is getting vaguely reminiscent of 1999, not 2000 yet. I think the housing market is starting to resemble 2006 and I am concerned about that,” he said.