Gold, Silver Mine Supply Expected To Finally Start Withering In 2016

(Kitco News) - With mining companies cutting back on capital expenditures in response to low prices in recent years, most analysts say the long-running build in gold and silver output will start turning lower in 2016, if it hasn’t already.

For instance, the GFMS team at Thomson Reuters looks for global gold output to rise from roughly 3,120 tonnes in 2014 to 3,150 in 2015. Output has risen annually since 2008, said William Tankard, research director for precious-metals mining. However, this year he anticipates the loss of roughly 100 tonnes to somewhere around 3,050.

“This is in large part likely to be driven by the relative lack of development going into the industry over a three-plus-year period,” he said.

Gold fell from near $1,800 an ounce in late 2012 to below $1,100. Despite the decline, output rose anyway as companies brought on line projects they were already developing, analysts said. But this is winding down. 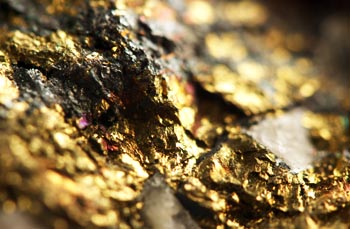 Further, Tankard explained, as prices fell, producers optimized operations by mining higher-grade ore and upping output to drive down per-ounce prices. But now that they’ve already done this, they’ve used up this option.

“Many newer mines are now at or near their full potential and going forward, (we) believe it unlikely new projects will be able to make up for declines in older facilities,” HSBC said.

CPM Group is among the firms that suspects gold output will still climb for a little while before reversing lower.

“For gold, we expect a continuation of increased mine supply into (2016),” said Rohit Savant, director of research. “We’ve seen mine supply grow pretty much since 2009. We think that trend of increasing mine supply will continue at least until 2017.”

This is because even though prices have fallen in the last two years, companies were already in the process of bringing projects online. Some will still come on stream, he added.

CPM Group sees 2016 gold mine supply of 95 million ounces, up from a 92 million last year, Savant said. But reductions are eventually coming, he said, adding that gold-mine output should fall back 2008 levels around 73 million by 2025.

GFMS looks for silver output to start trending lower this year, while CPM Group says this is already occurring.

GFMS data show silver output rising yearly since 2002, although 2015 levels are likely to be stable around 860 million ounces, Tankard said. For 2016, he looks for a decline to 825 million to 835 million.

Production by primary silver producers has been “resilient” despite soft prices, Tankard said. However, the majority of the world’s silver comes as a by-product of mining for other metals. As copper, zinc and other producers cut back in a declining price environment, this means less silver supply, Tankard explained.

For this reason, Savant said CPM Group calculations show a decline in silver supply began in 2015 as miners such as Glencore cut back at various operations, meaning less by-product silver.

“You have these big mines scaling back,” Savant said. “You do still have new projects coming on stream. But they are just not sufficient to offset weakness out of some of these bigger ones.”

HSBC forecasts 2016 mine supply for silver of 855 million ounces, which would be down 12 million from 2015, and looks for this to ease further as the decade progresses.

Savant said he would not consider the decline to be a supply crunch, however, with the market still adequately supplied for now.

“It will prevent prices from declining as opposed to pushing it up,” he said.