Gold: A Value Play In 2016 As A Physical Commodity – David Hightower

(Kitco News) - One veteran trader believes 2016 could be the turnaround year for gold as supply and demand fundamentals are expected to play a dominant role in the market.

“I am very bullish on gold but for very different reasons,” said David Hightower, a commodities analyst with more than 30 years of experience and founder of the Hightower Report. “It will become a physical commodity again and run on its own fundamentals.”

Hightower noted that in the last few years, investors have put too much emphasis on the periphery impacts in the gold market, focusing on currency movements, interest rates and inflation expectations. He added that if you follow this view point then it has not been surprising to see the mass exodus from gold-backed exchange-traded funds and a sharp decline in investor interest. 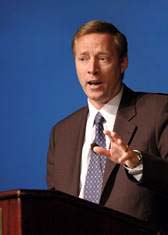 However, he added that focus is starting to shift back to basic market fundamentals and what he sees as an impending supply crunch. 2016 is expected to be the year where the market starts to feel the effects of severe budget and exploration cuts mining companies have made in a weak price environment.

“There are augments that half the mines in the world are operating at a loss,” he said. “I think in this environment, supply is going to drop to a level that will be supportive for the gold market.”

“If we hit a new low in gold, I think we wills start to see some projects become idle and then all of a sudden declines in production will be given some attention,” he added.

While Hightower is positive on the gold market, he added that investors shouldn’t expect to see a dramatic rally in gold in 2016. Instead he commended looking at the value play and start accumulating.

He added that he sees the recent December multi-year lows holding for gold in 2016.

As for the demand picture, Hightower said that he expects to see strong global jewelry and coin sales as the global economic recovery starts to pick up momentum.

“We are starting to creep out of this slowdown,” he said. “Maybe we are not going gang busters but we are seeing improvements.”

Although concerns over Chinese economy has dominated sentiment in the new-year, Hightower said that he is not expecting to see a significant economic slowdown this year. He said that the Chinese government has enough ammunition to stimulate its economy.

“They’ve got $3.7 trillion in currency reserves,” he said. “People keep forgetting that China is five times bigger than the U.S.”

“We are running out of SUV’s in the U.S. because companies just can’t keep up with the demand,” he said.

Hightower added that he also likes the gold market because of the extreme negative sentiment currently in the market. He added that sentiment is at 2002 levels, an indication that the market is nearing its bottom.

“Who wants to get short in the gold market when net [speculative positions] are short and supply is starting to erode,” he said.

He explained that he sees similarities in today’s gold market with the market in 1998.

“We were down to around $350 an ounce. Almost everyone who could be short gold was short and so you had this fantastic bottom that you just don’t see.”