Make Kitco Your Homepage
Favorites:
EDIT
You are in News•Kitco Latest News•Invest Like The Experts

How Would Brent Cook Invest $100k in ’16? – Invest Like Experts, Mining Edition

(Kitco News) - Invest Like The Experts (#InvestLike) has come to an end, but before leaving you this year, Kitco News would like to offer its readers a special Mining Edition of the series to see where one expert would invest his money in the sector in 2016.

We spoke with famed geologist and editor of a popular mining newsletter, Exploration Insights, Brent Cook to see how he would invest $100,000 in mining this year. What mining companies are best positioned for 2016? What projects may have the most potential? 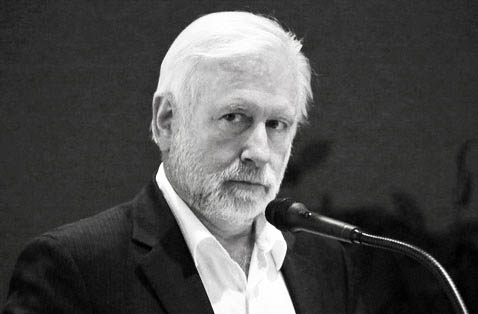 Claim To Fame: Geologist & Editor of Exploration Insights, a junior mining investment letter whose portfolio returned +18% in 2014 and -6% in 2015.

Thoughts on the mining sector: “The mining and exploration sector has been decimated over the past few years and is off over 80% from its highs,” Brent Cook told Kitco News Friday.

Mining companies have experienced another tough year with more cost, production and exploration cuts as well as downsizing and mine closures, among other negative news.

The Gold Miners ETF Market Vectors (GDX), which tracks the performance of major gold mining companies listed on the NYSE Arca Gold Miners Index, has steadily been declining since 2012 and is currently at record lows.

And, as Cook put it in his year-end newsletter, “it is hard to find anyone positive on the sector…or even think there is a need for exploration.”

“This is as bad as I have seen it, and I see very few logical reasons to think it gets better anytime soon,” he added.

However, when asked how he would invest his money in the sector this year, Cook said he sees potential in three key areas.

35%      Very Early Stage Discoveries that may occur this year

What factor will affect the mining sector the most in 2016?

What is your New Year’s investment resolution for 2016?

“One has to be very critical and brutal when evaluating exploration results and sell if your investment thesis begins to fall apart regardless of what your purchase price was,” he said.

“The key to making money in the junior mining sector is #1--Don't lose money and #2 always fact check a company's statements and data--sometimes they make things up,” he added.

In his year-end commentary, Cook said that although sentiment towards the mining sector is predominantly negative, he is ‘cautiously optimistic’ for 2016. Most of the bad news has already been factored in, he continued, and the downside potential is “considerably less” than it was a few years ago.

“My expectation for the year is that gold will struggle within a 20% range but end the year neutral to up,” he said.

“Actually, when things ‘can’t get much worse’ they tend to get better.”

Editor’s note: At the time of publication, Brent Cook held positions in the stocks mentioned above.