(Kitco News) - Despite a jump in prices at the start of the year, one analyst -- named Bloomberg’s most accurate gold forecaster in the third quarter of 2015 – says not to get too optimistic on gold just yet.

“The market may have started the year with a depressing note so far, but an eventual rosier 2016 will bring gold to new lows,” said Barnabas Gan, commodity economist for Oversea-Chinese Banking Corp. Ltd. (OCBC), in the bank’s commodity outlook report Wednesday.

“It is thus imperative to recognize the drivers which attributed to the fall in gold prices. But more importantly perhaps, is our expectation for these drivers to persist into 2016,” he continued.

According to Gan, gold prices were pressured in 2015 not only by expectations for a U.S. Federal Reserve rate hike, which resulted in a stronger dollar, but also by lackluster physical demand from key markets like China and India. “[B]ullion had only one direction to trend – downwards,” he said. 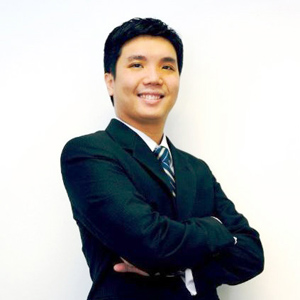 Due to uncertainty at the start of the year, however, gold prices rallied and managed to hit a two-month high, breaching over $1,100 an ounce. February Comex gold futures were last quoted up $4.20 at $1,089.30 an ounce.

However, the Singapore-based economist said that short-term bouts of economic uncertainty shouldn’t take precedence over the longer-term climate. In other words, despite gold’s positive price action in early January as a safe haven, investors shouldn’t get ahead of themselves.

The “kingpin” for lower gold prices, according to Gan, is the prospect of higher U.S. rates in 2016, which would result in a stronger U.S. dollar, and a “rosy” global economic outlook.

“[W]e remain firm on our expectation for the U.S. Federal Reserve to hike interest rates, at least, by three more times this year to an eventual 1.25% print at end-year,” he said.

“Should our expectations come to pass, gold prices are expected to stage another leg down to our forecast of $950/oz this year,” he said.

However, Gan did note that if his expectations are incorrect and economic conditions worsen, he could see gold prices turn higher and touch $1,200 an ounce on safe-haven demand.

“The classic gold outlook may well be divided into two main themes: the speculative demand, and the physical demand,” he explained, noting that both themes have had their specific factors to drive gold lower last year.

Looking at physical demand, Gan noted that the outlook for Chinese and Indian demand for gold is grim, while the official sector may prove otherwise.

Gan pointed out that Chinese gold imports from Hong Kong have moved lower for two consecutive years now and rural demand for gold in India – accounting for 60% of total Indian demand – will likely decline as farmers’ income continues to suffer from poor weather conditions.

“The only bright spot perhaps for physical gold demand is from central bank buying,” he said.

“Still, total central bank buying only accounts a meager 15% of total gold demand, and would likely be insignificant should physical demand in India and China falls further into 2016,” he added.