Fed To Bring Back QE, Gold To See 'Mother of all Rallies' - Peter Schiff 2016 Forecast

(Kitco News) - The bearish sentiment towards gold doesn’t affect this permabull, who thinks gold is setting itself up for the “mother of all rallies.”

In his 2016 forecast for gold and the U.S. Federal Reserve, Peter Schiff said the central bank is going to have to reverse course this year and drop interest rates again, maybe even introduce QE4 – a fourth round of quantitative easing.

And, according to the Euro Pacific chief, the moment the Fed raised rates was what he believes to have been the “buy signal” for gold.

“It had no choice but to raise rates because failure to do so would be perceived in a lack of confidence in the economy and the markets,” he said in a videocast Thursday. “The only thing that’s going to stop this correction from turning into a bear market is for the Fed to capitulate and admit that the economy is weaker than they thought, that they had made a mistake raising rates.” 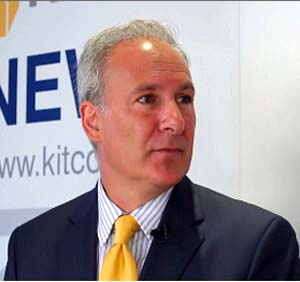 Schiff argued that this is not the beginning of a tightening cycle as markets perceive, but rather the end of it.

“That rate hike was the end of a tightening cycle that first began a couple of years ago with the ‘taper talk,’” he said.

By the time the Fed got around to raising rates, he continued, that was the end of the tightening cycle, which would imply gold prices would move higher.

“The next move by the Fed is going to be to launch a new easing cycle, which I think will take interest rates to negative territory…so, the rally in gold that began after the Fed hiked rates is going to continue and accelerate,” he said.

Gold prices initially reacted negatively to the first rate hike in almost a decade but has since been on the rise. February comex gold futures managed to start the new year on a positive note, breaching through the $1,100 an ounce level. Since then, the metal’s price has declined and was last quoted down $14.90 at $1,072.20.

“I think the bottom is in…gold is still an incredible buy,” he said, adding that the narrative that we will see an economic recovery and higher interest rates this year is “false.”

“Everybody believed that what the Fed did [in response to the financial crisis], worked…This entire narrative is a fantasy,” he said. “The Fed didn’t solve our problems, it exacerbated our problems.”