Make Kitco Your Homepage
Favorites:
EDIT
You are in News•Luxury Lifestyle•Features

(Kitco News) - It took scientists a century to finally prove one of Einstein’s theories; and, they did it with gold and platinum.

The European Space Agency (ESA) announced the detection of gravitational waves in space on Thursday, as theorized by the great physicist Albert Einstein 100 years ago.

“Gravitational waves are elusive no more: an exciting breakthrough that has been 100 years in the making,” ESA’s press release stated Thursday. 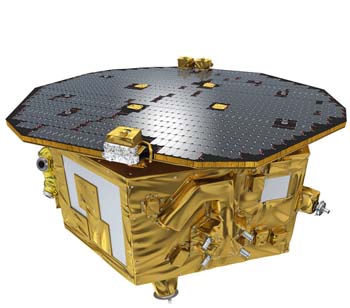 The LISA Pathfinder spacecraft, which is made up of gold and platinum cubes, was launched in December with the mission to study the gravitational universe. “LISA Pathfinder will monitor…two identical gold-platinum cubes measuring 46 mm on each side and weighing 1.96kg each – as they free fall through space,” the agency said.

That amounts to roughly $152,000 worth of gold and platinum at current prices.

“The metals were chosen and combined in such a way that the magnetic susceptibility of the finished alloy was virtually zero,” it added.

In November 1915, Einstein presented his general theory of relativity, known as the spacetime continuum, which introduced a new understanding of one of the main forces in nature known as gravity.

Aug 20 Should you be buying dips in gold price, silver price?
Apr 16 Venezuela Sells $400 Million In Gold As Metal Hits 4-Month Lows... Coincidence? Analysts Weigh In
Sep 25 If You Have $17 Million, Have I Got The Shoes For You
Sep 20 Idaho Rediscovered As Major Mining Region
May 11 Junior Zinc Explorers Breathing New Life In Irelands Mining Industry