(Kitco News) - The story of Rare Earth Elements (REE) is at the center of a sad and dirty chapter of the metals industry as it continues to see weak prices despite strong demand.

Used, for example, in permanent magnets anywhere from smartphones, speakers, electric motors, basically anything electronic in our homes and pockets, to electric vehicles and missile guidance systems, REEs are invaluable to driving a potential metal megatrends. 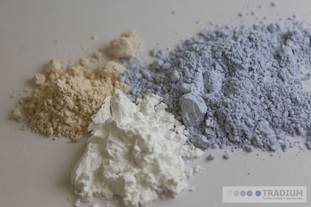 As a reminder, REEs are a group of 17 metals on the periodic system of elements (see this earlier report on Tech Metals Insider for a detailed description). Kitco’s rare earth price charts in its new strategic metals section shows a fairly similar trend among most of the metals: after a period of high prices around 2010, markets saw a dramatic drop and have been unable to recover, despite growing industrial demand.

Why did this happen, and when will it change?

China was and is the biggest producer of REE’s holding between 80 and over 90 percent of the resources of each metal. It is widely believed that China used its monopoly to inflate prices to a point where illegal mining started uncontrollably in many parts of the country, causing prices to spin out of control. Most sources believe that illegal mining still represents 30-40% of all REEs sold today. The sad side effect is that REE mining lead to immense pollution and environmental damage. This, in essence, and not a political scheme to eliminate China’s competition, is why REE prices have fallen below a level where more environment-conscious suppliers can operate.

On the demand side, new industries are using and depend on less expensive magnet materials, adding pressure to China’s government to tread lightly in curbing a situation they thought they could control. The short- and mid-term future of REE prices therefore hinges solely on China’s desire and ability to end the squandering of its resources, to take charge of its environmental disaster and the health of its population.

Initiatives are already under way to fight illegal mining, and to “amalgamate” its REE industry but these measures have yet to make an impact.

If these reforms are successful, we might very well see the pendulum swing to the other end of the price scale quickly.