Of the strategic metals, gallium is seen by many as the one with the most promising short to medium term growth potential. 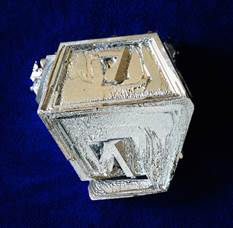 To learn more about the metal’s future, we spoke with Yanqing Lin, Sales Director and Assistant General Manager of Beijing JiYa, one of the world’s largest gallium producers.

Gallium is used in wireless communication, light emitting diodes (LED), high performance magnets, modern solar cells and many more electronic products. A typical smartphone, for instance, will use gallium arsenide in its microprocessor(s), gallium oxide on its screen and gallium in magnets used for vibrate motors and speakers.

As with several other strategic metals, it does not occur in nature and can therefore not be mined. Instead, it is obtained as a by-product of bauxite (aluminum) and zinc production.

On the history of Beijing JiYa, Lin explained that the company was established in 1999 and has since become one of China’s – and therefore the world’s – largest producers of gallium. The company’s rapid growth (capacity: 63t/y) is the result not only of an improved production method but also of investments in other producers such as Zhaofeng Gallium (35t/y), and Shanxi Jia Hua Galaxy, a joint venture processing 55t/y of high purity Ga. 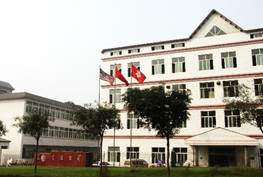 “We estimate that China’s total production of gallium amounted to 370 metric tons in 2015”, said Lin. “Other sources state 440t but we believe this is too high. China consumed 180t of this volume while the worldwide consumption of new gallium was about 380t”. At least an additional 180t is estimated to be recycled meaning the world’s total consumption of the metal is currently around 550t.

Few other countries, the United States and Japan among them, produce gallium but the above numbers would underline China’s crucial role in this market. If this is the case, why did the prices (see historical charts in our strategic metals section) fall to such low levels? Lin: “As a result of China’s ecomomic growth in the past decade, new alumina plants were established at a high rate around 2006. Almost at the same time our technology was copied by many other companies. The price for both alumina and gallium then fell below the production cost of US$ 140 – 160/ kg”.

“Today, China’s economic growth is slowing down. Most aluminum plants are facing great losses, some of them began to reduce their output in Q4 of 2015. As a result, more than 50% of all gallium factories in China have been closed, or are closing. At the same time, demand for gallium in electronics, solar technology and, more recently, as a liquid metal in thermometers replacing mercury will continue to increase worldwide in 2016. This is why I am optimistic about the gallium market”.