Make Kitco Your Homepage
Favorites:
EDIT
You are in News••PDAC2016

Can The Market Survive the PDAC Curse?

(Kitco News) - Although gold prices are up almost 20% since the start of the year, the market might not be able to escape the PDAC curse, a common correction seen after the Prospectors and Developers Association of Canada conference, as analysts and market participants are expecting to see a pullback after the recent 13-month high.

“I think we have seen things move pretty hard in one direction so it makes sense to see a pullback,” said Brent Cook, author of the newsletter Exploration insights.

Currently, gold is so far defying expectations as prices remain near last week’s 13-month high. As of 10:30 a.m. EST, April Comex gold was trading at 1,266.50 an ounce relatively flat on the day. 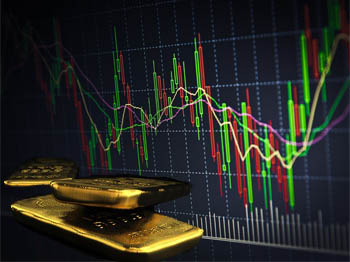 Tim Oliver, an independent consultant, said that after this rally it’s natural to see a pullback after PDAC. He explained that being the biggest mining show in the world, many companies try to publish their results, announcements and press releases ahead of the conference, to try to bump their share prices during the show. However, after the conference, the dearth of fresh news causes momentum to wane.

Gwen Preston, author of Maven Resources, agreed that precious metals markets and mining stocks could see a pullback in the near-term; however, she added that the correction might not be as deep as some are expecting because many investors are waiting to buy on dips.

“There is a risk that prices still fall but the risk is still limited,” she said. “Prices not are going to fall back to below where they were two months ago,” she said.

Mickey Fulp, author of the Mercenary Geologist, agreed that although prices should correct in the near term, he doesn’t see a major correction. He added that instead of a curse, it could just be a “PDAC Hangover.”

David Morgan, author of the Morgan Report, said that he could see markets surviving the PDAC curse this year as momentum continues to build in precious metals. He added that there are still some pretty big short positions that need to be worked out in the marketplace and that could continue for a few more weeks.

“I think this rally can go on for another month,” he said. “I think we could see a delayed PDAC curse this year.”