(Kitco News) - After a one-week pause, money managers and hedge funds were back in the gold market, expanding their bullish bets, according to the latest data from the Commodity Futures Trading Commission.

The disaggregated Commitment of Trader report, for the week ending March 8, showed money managers increased their speculative gross long position in Comex gold futures by 26,494 contracts to 160,317. At the same time, short bets rose by 3,437 contracts to 32,890. The latest data shows the gold market is net long by 127,427 contracts.

Ole Hansen, head of commodity strategy at Saxo Bank, noted that gold’s net long jumped 20% and is now at its highest point since February 2015. 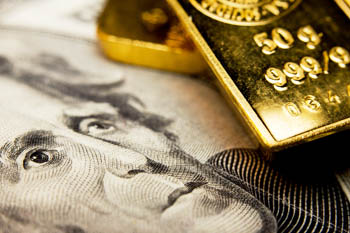 During the survey period, gold broke above its February 12-month high to show a total gain of almost 2.5%.

Commodity analysts at Commerzbank noted that gold’s net length has dropped only once in the last nine week and since the start of the near, speculative interest has been the equivalent of 481 tonnes of gold purchased.

“By comparison, gold ETFs have seen inflows of 277 tons in the same period,” they said.

Analysts at Bank of America Merrill Lynch highlighted in a report that hedge funds’ new buying momentum pushed gold’s net length to above the 97% percentile of its all-time high seen three years ago.

Money manager interest in silver is also growing as speculative positioning is within reach of the all-time highs.

The disaggregated COT report showed money-managed speculative gross long positions in Comex silver futures rose by 1,186 contracts to 59,303. At the same time, short contracts fell by 1,832 contracts to 9,730. The silver market’s net length now stands at 49,573 contracts.
BoAML analysts pointed out that silver’s net positioning is almost at the 99% percentile of its three-year high at 53,353 contracts.
During the survey period, Comex May silver futures managed to push back above $15 an ounce, showing a total gain of almost 3.8%.
Although gold and silver are benefiting from renewed investor interest, analysts at Commerzbank warn that the market could see a pullback from these extreme levels.
“We believe that prices could also suffer setbacks at any time here,” they said.