(Kitco News) - Although gold has seen an impressive rally since the start of the year, one mining executive still doesn’t rule out the possibility of prices falling back into triple digit territory.

Ian Ball, chief executive officer at Abitibi Royalties (TSX.V: RZZ) bought up the idea of $900 gold prices at the end of 2015 when prices were hovering just above multi-year lows; and, in a recent interview with Kitco News, he said that his outlook still hasn’t changed since markets are still bottoming out. 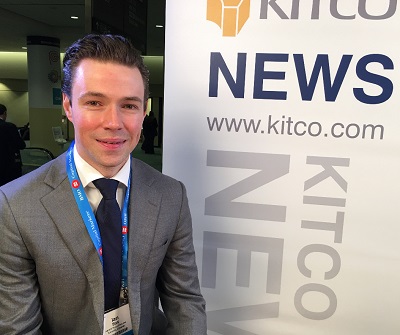 “What I said in December was that the market was in the bottom third or bottom 20% of its bear market and I think we are still within that range,” he said.

Gold has made significant gains against a broad range of currencies in an environment of global negative bond yields, but Ball explained that investors still need to use caution when jumping into the gold market.

“Investors need to realize that even when things go up, they don’t go up in a straight line,” he said. “Prices have gone in a straight line for the past two months and if you look at a long-term chart, there is a lot of resistance at $1,200 gold.”

Despite renewed optimism in the gold space, Ball explained that he would like to see more consolidation around the $1,200 level for a longer period to be convinced that the market is in a new uptrend.

“It took three years for gold to break below $1,200, that is why I am not convinced that prices are above and beyond from here,” he said. “We are going to have to work through $1,225 to $1,250 a little bit longer to determine what kind of market we are in. I just don’t think we are in the next secular bull market for gold.”

Looking at the streaming and royalty industry, Ball said that over time, as prices do recover, these agreements could be regarded with the same distaste as hedging agreements made in the late 2000s.

“I think streaming is a hedge, or maybe it is even worse than a hedge, because you can’t get out of it. The contract is there for the life of the mine,” he said.

Ball said the bear market has been good for streaming and royalty agreements because mines have been so cash starved and are desperate for financing. He added that companies have also been forced to fund

“I think this is a good way to look at it: would Warren Buffet sell a royalty? No, he wouldn’t. So, why should a mining company?” he asked.

While royalty agreements are seen in the same light as streaming contracts, Ball noted that there are slight discrepancies between the two contracts.

In a simplistic definition, streaming agreements are for the physical commodity whereas royalties are based on the profits of a mine, explained Ball.

“With a royalty there is a bit more flexibility for a mine. You aren’t buying fixed amount of ounces for a fixed number of years,” he said. “With a streaming agreement, all you care about is the physical commodity but with a royalty you care about the development of the mine.”

Abitibi Royalties continues to be busy with its Royalty search program and as of early February has a total of 11 agreements. Ball added that they are also excited about the royalty agreement for the Canadian Malartic Mine’s Odyssey North Zone. Shares of Abitibi last traded at $3.60,  down 13 cents on the day.