(Kitco News) - One market pioneer in the creation of exchange-traded products (ETPs) says that they have seen unprecedented demand for gold-backed ETPs since the start of the year and expect demand to remain positive throughout 2016.

During a web conference Wednesday, Mike Cameron, head of institutional sales at ETF Securities, said the firm has seen global inflows of around $2 billion dollars in its precious metals products since January with its gold-backed ETP (AMEX: SGOL) seeing being the biggest beneficiary. 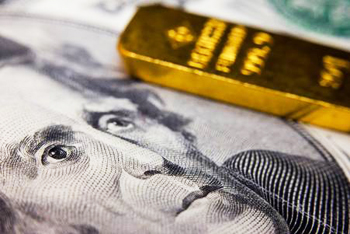 Following the presentation, in an interview with Kitco News, Steven Dunn, executive director and head of North America Distribution for ETF Securities, said that so far in March, they have seen inflows fall back a bit from the first two months’ break-neck pace; however, he added that demand is expected to remain strong as their clients continue to look to add gold and gold-backed products to their portfolios.

“At the start of the year, people were looking for safety from volatile equity markets,” he said. “Volatility has calmed down a bit but heading into the second quarter investors are concerned about negative interest rates, potential weakening of the U.S. dollar and uncertainty in U.S. elections reintroducing volatility in equity markets.”

From the three factors Dunn highlighted, he added that the most prominent right now is the fact that global bonds around the world are in negative territory. In a recent report, the World Gold Council noted that about $8 trillion in global bonds, roughly 30% of the market, are offering a negative yield.

Although gold doesn’t provide a yield as an investment, in a negative interest rate environment, gold investors haven’t been losing money to preserve capital as bond investors have.

“We have never been in this situation before. This is a relatively new phenomenon and investors don’t know where to go,” said Dunn. “We have heard that some investors see gold as a new supplement to traditional money market vehicles.”

As to where gold prices are headed in the near-term, Dunn said that ETF Securities’ forecasting model shows the metal hovering between $1,200 and $1,250 an ounce.
“Barring any shocks, we could see gold remaining in this range for the next quarter,” he said.

Although gold is within range of its fair value, Dunn said there are other options for investors in the precious metals market, particularly in silver.

According to the firm’s forecasting model, silver’s fair value is around $20 an ounce.

“Most of the focus so far this year has been on gold but investors who missed the 20% rally are now looking to silver as it has underperformed,” he said. “We see that people are recognizing that there is more value in other metals at the moment.”

May 5 Gold price action is 'meh' and only stock market correction can fix that, says Bloomberg Intelligence
May 5 Could the Fed's overreaction pull U.S. into recession?
Apr 26 'We are sitting on economic cliff': Gold price will be 'well north of $2,000 this year' - ex-JP Morgan MD
Apr 13 The real price of gold is at $2,100, here's why - former U.S. Mint director
Apr 6 Stark 2020 vs 2021 gold price contrast: 'Tailwinds turning into a headwinds' - RBC Capital Markets