(Kitco News) - It is amazing how quickly markets can change. Just look at the gold.

In three months, the yellow metal has managed to shake off its bear market and is now in at the start of a new bull trend, this according to one known gold expert.

Although gold prices have seen a pullback in the last two sessions -- with June Comex gold futures settling Thursday $21.8 lower at 1,226.5 an ounce -- the market is still holding on almost 16% gains since the start of the year.

George Milling-Stanley, head of gold investments at State Street Global Advisors, said in an interview with Kitco News that he sees the latest move as the “inevitable pause for breath,” adding that it is only a matter of time before prices move higher. State Street Global Advisors is the marketing agent of the largest gold-backed exchange traded fund, SPDR Gold Shares (NYSE: GLD). 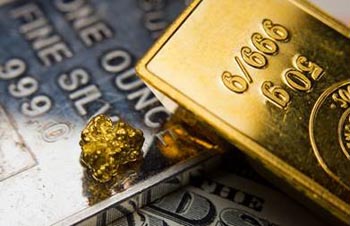 By the end of the year, Milling-Stanley said that he expects to see gold trading around $1,350 an ounce. He added that another $100 rally from current prices would be sustainable and lead to a long-term bull market.

With what he sees as plenty of potential, Milling-Stanley said investors might not want to wait for a steeper correction before getting in. Those who end up waiting could be disappointed as strong market fundamentals are now supporting the technical bullish picture, he added.

“I think the pullback has lost momentum,” he said. “Gold has plenty of upside potential and I don’t think investors need to wait for a better price. The investors who say there has to be a pullback are hoping there is one because they missed the boat on the first $200. How long do you want to continue to miss the boat?”

Milling-Stanley said that he is confident gold will continue to rally to the end of the year as there has been a monumental shift in the marketplace.

“Four months ago, the Fed was saying with complete confidence: ‘there will be four rate hikes in 2016 and interest rates would be close to 1.5% by the end of the year.’ Now they are saying: ‘Well maybe there will be only two rate hikes or maybe not,’” he said. “The Fed has made it abundantly clear that they will not be aggressive in raising interest rates.”

The Fed’s back tracking on rate expectations has weakened some of the U.S. dollar’s momentum, which has been the biggest pressure on gold.

It was that market uncertainty, and increased volatility that helped push gold prices to end its best quarter in 30 years. In the first quarter, GLD saw its gold reserves increase by 175 tonnes to 819.28, the highest level since January 2009.

Not only is improving sentiment boosting investment demand for gold, but Milling-Stanley also noted that physical demand out of China remains strong. He continues to see strong physical gold demand coming from China’s growing middle class.

“China is not going to grow 11% this year but they are still going to see economic growth well above what we will see in the U.S., Europe or Japan,’ he said. “I am encouraged by what I see happening in China.”

Finally, Milling-Stanley said he is also optimistic for gold on the supply side as the market is starting to see mine production contract.

Aug 16 Is $100k Bitcoin next after crypto hits bottom?
Jul 27 Crypto bankruptcy proceedings to slow massive selloffs that triggered the bear market  Kaiko
Jul 19 This is how Bitcoin benefits in this crypto bear market
Jul 13 Will U.S. CBDC come about from crypto failures and will it be sovereign? CBDC expert weighs in
Jul 4 Bitcoin as a global standard would be an 'absolute economic catastrophe' - Ernst & Young's global blockchain leader