Deutsche Bank PM Settlement Might Only Be The Start - Expert Witness

(Kitco News) - Deutsche Bank AG’s, decision to settle U.S. lawsuits of conspiring to manipulate the gold and silver market could create a domino effect, leading to other banks coming forward, this according to one expert witness. 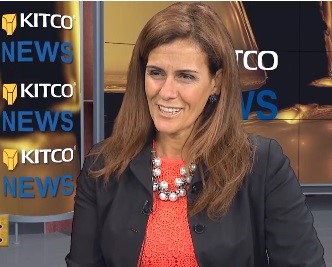 In an email statement to Kitco News, Rosa Abrantes-Metz, managing director of Global Economics Group and adjunct associate professor at the Stern School of Business at New York University said that she wouldn’t be surprised if other banks cme forward .

Abrantes-Metz was the economist for the plaintiffs gold and silver manipulation lawsuits. She is also one of the first researchers to publish a paper which highlights a decade of manipulation.

“As I discussed in your program [Kitco News] before with respect to gold, and the same applies to silver, the structure of these fixings and the empirical evidence were very telling in supporting collusion and manipulation.  If we in fact learn that actually was the case, I would be the least surprised person out there,” she said in her email.

According to Reuters, the terms of the settlement were not disclosed; however it will include monetary payments. The German bank also agreed to help the plaintiffs pursue the claims against the other defendants.

Deutsche Bank is just one of the accused in the lawsuit. Also accused of conspiring to collude and manipulate prices in the precious metals market are: Bank of Nova Scotia, Barclays Plc, HSBC Holdings Plc and Societe Generale.

Not only is Abrantes-Metz credited for shedding light on potential manipulation in the precious metals market but she also exposed collusion in interest rate markets with her 2008 research on Libor manipulation.