Yep, We Were Right, Gold Is Hot At Sohn

(Kitco News) - Although David Einhorn, president of Greenlight Capital has yet to speak at the Sohn Investment Conference, which raises money for charity, gold has already been the hot topic of the day.

He warned that the U.S. central bank has no end game and that its policies are raising the odds of the economic tail risk that it is trying to avoid. He also said that the Fed’s dovish policies has created "recklessness at the government and corporate level.” 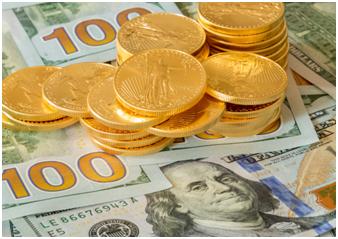 He added that the easy money that led to the housing bubble doesn’t even compare to the current environment. Looking at the stock market, he noted that the seven-year bull market has exhausted itself and that investors should get out and buy gold.

“Three years ago on this stage I criticized the rationale of Fed policy but drew a bullish intermediate conclusion as the weight of the evidence suggested the tidal wave of central bank money worldwide would still propel financial assets higher. I now feel the weight of the evidence has shifted the other way; higher valuations,” he said in his 20-minute presentation.

Druckenmiller was also fairly negative on China, saying that credit growth has accompanied a sharp fall in the nation’s nominal gross domestic product, a “toxic” combo.

The gold market appears to have liked Druckenmiller’s comments, the metal got a small rally, off the session lows at the same time as his presentation.

For 21 years the Sohn Investment Conference has brought together some of the biggest hedge funds in the world to present their best investment ideas for the year, in an effort to raise money pediatric cancer research. According to the foundation’s website, last year it raised $4 million for cancer research.

Although gold prices are $1,300 an ounce and off their 15-month highs seen earlier in the week, the market is still up almost 21% since the start of the year.