(Kitco News) - There are encouraging signs of unification within the Republican Party; however, a major gulf remains as Paul Ryan, Speaker of the U.S. House of Representatives, failed to give his endorsement of the presumptive presidential candidate Donald Trump. 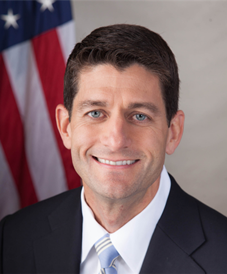 Following a much-anticipated 45-minute meeting between the two party heavyweights, Ryan emphasized that he is encouraged with the process that has begun but it will take more time to unify the party.

Although he said that the “seeds” of unification have been planted, he fell short of throwing his support behind Trump.

“The process of unifying the party takes time,” he said at the press conference in Washington. “It takes more than 45 minutes.”

Ryan described Trump, following his meeting, as a “genuine person.”

Ryan said that although there will be policy disputes within party, it is important for everyone to come together to find and support the party’s common core principles. He added that he will continue to work with Trump to define those core principles but didn’t provide any guidance as to when he would feel comfortable supporting the candidate.

However, it was clear that Ryan does see potential for Trump to win the general election in November. He highlighted the fact that the candidate has brought millions of new votes to the Republican Party.

“He has gotten the most votes than any other Republican candidate in a primary,” he said.

The one area where the two strongly agree is that they have to beat Hillary Clinton, who is leading as the nominee for the Democratic Party.

“We agree that a Hillary Clinton presidency would be a disaster for the country,” he said.