Gold's 'One-legged' Rally Is Cause for Concern - RBC Capital Markets

(Kitco News) - Despite gold’s impressive run up so far this year, analysts at RBC Capital Markets are concerned by the “one-legged” nature of its rally. 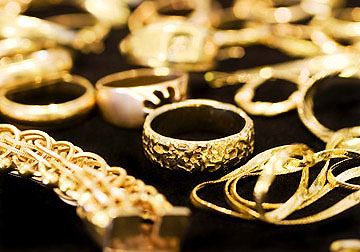 In a research report Friday, commodity strategists for the bank noted that gold’s 2016 upswing has been mainly driven by investors, while other sources of demand haven’t followed through.

“In fact, investment demand seems to be the only leg driving this one-legged rally. For us to turn positive, we would need to see this strength replicated elsewhere,” they said.

“Investor sentiment has turned amid a flight to safety, but that seems to be the only sentiment that has in fact shifted.”

Based on the World Gold Council’s latest demand report, released Thursday, gold demand increased by 21% in the first quarter, mostly driven by extreme inflows in exchange-traded funds. Gold-backed ETFs saw inflows of 363.7 tonnes, which more than reversed the outflows seen in 2014 and 2015 combined.

However, demand from the two largest gold-consuming nations – India and China – fell in Q1, declining by 39% and 12%, respectively.

The analysts also warned that investor demand, although being the main driver behind gold’s momentum, is often the quickest to turn and the rapid increase seen so far this year will be hard to replicate if market turmoil subsides.