(Kitco News) - Societe Generale looks for gold to remain well supported in the aftermath of the U.K. Brexit vote to leave the European Union and as a result has revised its gold and silver forecasts higher.

The bank now calls for $1,330-an-ounce gold in the third quarter and $1,350 in the fourth quarter and first quarter of 2017. Silver is seen averaging $18 over the next three quarters. 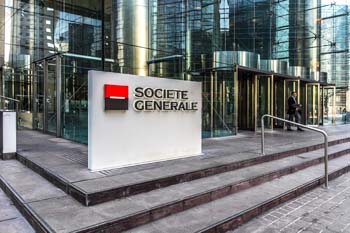 The June 23 Brexit vote resulted in fears about political, financial-market and economic turbulence, with safe-haven buying enabling gold to hit a two-year high in dollar terms the following day. Gold denominated in the British pound has hit its strongest level in more than three years.

Societe Generale said it looks for all major central banks to be ready to provide liquidity. Further, the bank now looks for a “more cautious” Federal Open Market Committee and has scaled back expectations to no U.S. interest-rate hikes this year and just two in 2017.

The already-elevated level of bullish positioning by speculators and exchange-traded-fund holdings leaves gold “vulnerable” in the short term, since improvement in sentiment for risk markets could trigger long liquidation in gold, according to a report from metals analyst Robin Bhar. ETFs have already added nearly 500 tonnes of gold to holdings since the start of the year, including 85 for June as of the Thursday SocGen report.

The so-called opportunity cost refers to any lost interest income as a result of holding an asset like gold that does not pay a yield.

“Looking ahead, it seems that gold will remain one of the major beneficiaries in the current backdrop, as heightened volatility and lingering uncertainty will keep investors’ risk appetite in check,” Societe Generale said.

“Markets’ attention will gradually shift to the next FOMC policy meeting in July, although now it looks even more unlikely that the Fed would make any changes to its still highly accommodative monetary policy. It is quite likely that the Fed would remain in wait-and-see mode over the coming months in order to estimate the effects of not just the slowing global economy but also any spillovers from the Brexit decision.”