(Kitco News) - Just as gold prices hold onto gains, bullish sentiment for the metal remains intact with another big bank upping its price forecast by a whopping 10%.

On Friday, Bank of America Merrill Lynch released a report not only calling for gold prices to hit $1,500 an ounce but for silver to “overshoot” to $30. 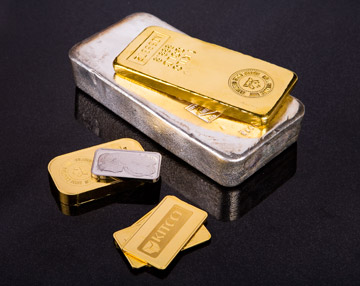 Gold prices have come off Wednesday’s two-year high and sold off slightly following the release of Friday’s better-than-expected U.S. jobs report. August gold futures last traded down 0.88% at $1349.90 an ounce while September silver futures continue to trade above $19.50 an ounce.

“We reinforce our bullish view particularly on gold and silver, which should continue to perform well given subdued global growth and risks that this will skew the public debate towards wealth generation/ distribution, populism and migration, with all the negative consequences this may have on effective economic policy making,” the report said.

"The world has been walking from crisis to crisis and we see risks that this may not change," the analysts added.

The BoAML analysts claimed they called gold’s bottom in February and the resulting chaos following Britain’s vote to leave the European Union reinforced their call. “As such we are upgrading next year's gold price forecast from $1,325 per ounce to $1,475 per ounce."