(Kitco News) - Gold prices have room to move further in the near-term as the market enters a “new multi-decade bull run,” according to one technical analyst. 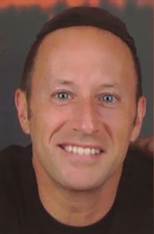 In an interview with Kitco News, Avi Gilburt, independent trader and create of elliottwavetrader.net, who tracks the yellow metal through the gold-backed ETF SPDR Gold Shares (NYSE: GLD), said that  his near-term target is for the ETF to hit $137 an ounce, representing a more than 5% rise from Monday’s current price at $129.85 a share.

“Ultimately, the setup is in place to take us back up to a minimum of $160, but more likely we should be going over $170 by the end of the year,” he said.

Gilburt has been bullish on gold and precious-metals miners since late last year when prices fell to multi-year lows.

“Last year, we hit my long-term buy box that I targeted three years ago. Last year the market was ripe to turn and rally into a new bull trend,” he said. “It looks like we have hit the long-term bottom in the market and now we are looking at not just a multi-year bull run, but a multi-decade bull run.”

Gold demand has also seen a pickup in demand after Britain voted to leave the European Union. Since the Brexit vote, GLD has seen inflows of 46 tonnes. For the year, GLD’s reserves are at 981.26 tonnes, hovering near a three-year high.

Although Gilburt is bullish on gold, his preferred way to play the market is through the precious metals miners.

“As we see various miners reach our target, we get out of them and reallocated the money to other miners that have been lagging,” he said

Gilburt is also bullish on silver as he sees the metal set up for to make a “parabolic run” in the near-term. He said that his targets for the grey metal is between the $27 and $28 level.