(Kitco News) - Although markets are not pricing in a rate hike at this week’s Fed meeting, sentiment seems to be turning more positive on the U.S. economy with more investors expecting monetary policy tightening this year. However, according to one famed economist, the country may be in deeper trouble than we think, and the government is not doing anything about it. 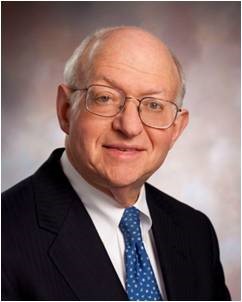 “Two recent pieces of budget news are a grim reminder of the perilous state of fiscal policy in the United States,” Martin Feldstein, professor of economics at Harvard University, said in a Project Syndicate post Monday.

He was referring to America’s deficit problem.

A recent announcement by President Barrack Obama’s Office of Management & Budget showed that the federal government’s deficit this fiscal year will be about $600 billion, up by more than 35% since 2015, noted Feldstein.

The annual Long-Term Budget Outlook released by the Congressional Budget Office (CBO), he continued, also predicted that the federal government debt will rise from 75% of GDP to 86% a decade from now, and then to a record 141% in 2046, “near levels in Italy, Portugal, and Greece.”

What’s more, the Fed’s near-zero rate policies have brought down the cost of the interest on the Federal debt even if the volume of the debt continues to rise. As the central bank begins to normalize interest rates, it will cost a lot more to service these debts, which according to Feldstein, is projected to increase to 5.8% of GDP.

He added that this puts America in a tight spot because more than half of U.S. government debt is held by foreign investors, who may fear the government could adopt policies to reduce the real value of these holdings, if needed.

“While the U.S. government would never explicitly default, it could adopt policies such as deducting income tax on interest payments, which would disadvantage foreign holders and depress the value of the bonds,” he explained. “Moreover, foreign investors might fear that very high debt levels could lead to inflationary monetary policy, which would depreciate the value of the dollar and lower the real value of their bonds.”

The longer-term rise in the country’s annual deficit, which is inevitable due to an aging U.S. population, changing medical technology and rising rates, could be enough to eventually absorb the federal government’s revenues entirely, he noted.

“By 2046, the projected outlays for the ‘mandatory’ entitlement programs (Social Security and the major health programs), plus interest on the debt, would absorb more than all of the revenue that the government would collect with current tax rates. A small deficit (1.6% of GDP) would emerge even before spending on defense and other annually appropriated ‘discretionary’ programs,” he added.

The issue is even more pressing than the Obama administration is making it out to be. As Feldstein put it, “America’s exploding deficit” is cause for major concern and yet no presidential candidate in the running right now seems to be talking about it.

“But it should be a top priority for whoever moves into the White House next year. Given the need to act quickly to avoid the worst-case scenario, there is no excuse for waiting.”