Make Kitco Your Homepage
Favorites:
EDIT
You are in News•Luxury Lifestyle•Features

Is Gold Now The Elephant In The Room?

Editor's Note: The article was updated because Paul Singer, from Elliott Management actually talked about gold..

(Kitco News) - I have been watching coverage of CNBC’s Delivering Alpha conference and what is surprising to me is what investors aren’t talking about… gold. 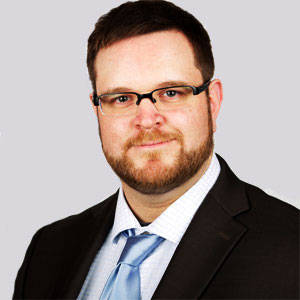 A big theme, among some of the world’s biggest investors and fund managers at this year’s conference is that global monetary policy is creating uncertainty in financial markets. In this environment you would expect gold and other safe-haven assets would be the talk of the conference but very little has been said if anything about the yellow metal.

So I have to ask: where is the love for gold that we saw at the start of the year?

The yellow metal is by far one of the best performing assets this year with prices up almost 25%. Despite this performance, nobody has come out Tuesday to say that this asset should be part of a balanced portfolio. This is a stark contrast to earlier in the year when gold was front and center at the Sohn Investment Conference, another major New York investor event. Stanley Druckenmiller made headlines through the financial sector after he recommended buying gold as the Federal Reserve appears to have no clear exit plan and that the equity market’s bull run has exhausted itself.

(A brief side-note: although Druckenmiller was bullish on gold in May, and held 2 million call options for GLD in the quarter, he completely excited his gold positions by the second quarter.)

Compared to May, the sentiment that the Federal Reserve is out of control is still very much alive today. Paul Singer, founder of Elliott Management was probably the most succinct, saying this “is a very dangerous time,” as radical monetary policy has not led to sustainable growth.

Singer has been bullish on gold since early spring because of his view on global central bank monetary policies. On Twitter, the team from CNBC informed me that Singer did talk about gold but I find it interesting that his comments aren’t making the same headlines that Druckenmiller had when he talked about gold and monetary policy.

Singer isn’t alone in ignoring the yellow metal. Following his morning's panel on global opportunity, Mark Carhart, from Kepos Capital said in an interview with CNBC that investors should ditch the traditional 60-40 portfolio strategy. Instead, he said that investors should look at trend investing, which he described as buying currencies and commodities that are on the rise and short those that are falling -- depending on your outlook this could be a vote for or against gold as rally has recently stalled…

“What we see today is that there isn’t as much opportunity in traditional asset classes,” Carhart said on the traditional portfolio split. “You have interest rates at almost all-time lows... It’s really hard to build a portfolio of stocks and bonds that delivers the kind of returns that investors have been used to experiencing.
Of course some managers aren’t bearish. In the “Best Ideas” segment of the conference, Bill Miller, from LMM said that he is long the S&P 500 and short U.S. 10-year treasury notes.

Jim Chanos, managing partner at Kynikos Associations said that he sees investment potential in volatility, which could be a kind of endorsement of gold as it is seen as a hedge against volatility.

Out of all the comments made on CNBC today I think Chanos sums up the sentiment fairly well, declaring: “I have no idea what is going on.”

This emotion was a significant driver for gold at the start of the year but the question that is most on investors’ minds is whether this will continue to drive markets through the year-end.

Apr 27 Unintended consequences of U.S. dollar 'weaponization': here's how gold and Bitcoin utilize the moment
Feb 10 Inflation fears have Wall Street eyeing Fed rate hike shocker in March, but gold price is not buying in
Feb 2 The future of money: Nearly 100 countries are exploring CBDCs, what are the risks?
Jan 13 Surging inflation across the globe is a real test for gold price
Jul 13 'Few assets have been more fragile than bitcoin' - Taleb