Yet Another Reason To Be Bullish Gold Right Now - Blackrock

(Kitco News) - As the gold market continues to hold onto strong gains for the year, the world’s biggest asset manager has found another reason investors shouldn’t give up on their their gold positions just yet. 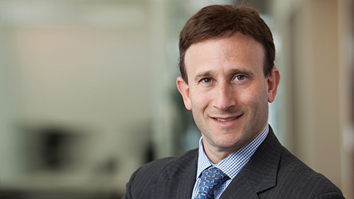 In a commentary published Monday, Russ Koesterich, head of asset allocation for BlackRock’s Global Allocation team, said that he likes gold because it an effective hedge against equity volatility.

Koesterich’s comments come as volatility in equity markets has risen sharply on shifting U.S. interest rate expectations. CBOE Volatility Index futures, a measure of market volatility, has risen almost 45% since mid-August after hitting its lowest point in the year.

Although gold has been stuck in a consolidation pattern since hitting a multi-year high in July, Koesterich said that he would not recommend investors exit their gold positions just yet as volatility continues to rise from its extreme lows.

“From my perspective, with volatility unsustainably low, I would be reluctant to abandon the asset class,” he said in his commentary. “While there are several ways to mitigate the impact of rising volatility, historically gold has been one of the more effective tools.”

Koesterich’s comments on volatility adds to his already bullish outlook for the yellow metal. In a commentary published in May, he said that gold should do well in an environment of low to negative interest rates. Since his May commentary, gold prices have risen almost 4%, holding above$1,300 an ounce.

In total for the year, gold has managed to gain almost 25% and is one of the best performing assets of 2016. December gold futures last traded at $1,326.90 an ounce, relatively unchanged on the day.

Although gold has been unable to make new highs with markets  nowpricing in a higher chance of  rising U.S. interest rates, Koesterich said that investors should put the move into perspective.

“While investors appear more convinced that the Federal Reserve (Fed) will indeed hike rates later this year, real yields remain well below where they started the year and even further below their long-term average. In other words, monetary conditions continue to be incredibly loose and supportive of gold,” he said.

Blackrock has been extremely bullish on gold since the start of the year and consistently added to its holdings in the first half of the year.
According to filings with the Securities and Exchange Commission, In the second quarter, Blackrock increased its total exposure in SPDR Gold Shares -- the world’s largest gold backed EFT -- (NYSEARCA: GLD) by 54,537 shares to, 199,602. The fund reduced its options positioning by 19,300 contracts and now holds a total of 126,600 call options.