(Kitco News) - It has not been a good week for equity markets, nor billionaire investors. After Tuesday’s selloff, the S&P 500 is down 3% from its all-time highs, which were seen just one month ago. 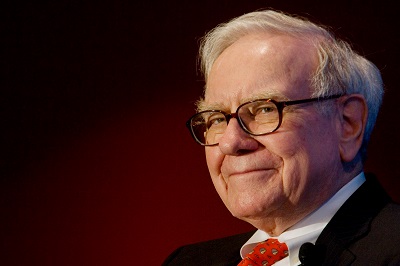 According to Bloomberg, leading the losses among the billionaires is the Oracle of Omaha Warren Buffett who, thanks to his stake in Wells Fargo, lost $1.4 billion Tuesday. The U.S. bank saw significant selling pressure, falling more than 3% Tuesday after it was revealed that bank employees opened up accounts without clients’ permission.

Of course, Buffet isn’t alone. Bloomberg noted that according to its index, billionaires lost a total of $37.3 billion yesterday.

Faced with such big losses, is gold looking more attractive?

Commodity analysts have noted that although gold has seen modest selling pressure lately, the market has held up reasonably well  as investors are looking for a safe-haven asset amidst collapsing equity markets and falling bond yields.

Analysts noted that gold is an attractive insurance policy because it has a very low correlation to equity prices, with some noting current financial conditions are a “perfect storm” for the yellow metal.

There is at least one billionaire who is making the case for gold. Although it didn’t make the headlines compared to earlier in the year, Elliot Management founder Paul Singer, said Tuesday, at CNBC’s Delivering Alpha Conference, that gold is “underrepresented in many portfolios as the only money and store of value that has stood the test of time.”

Singer has been bullish on gold since early spring and has been a vocal critic of global central bank monetary policy.

On the other side, Buffet has been an outspoken critic of gold as an investment. He has famously said:  “[Gold] gets dug out of the ground in Africa, or someplace. Then we melt it down, dig another hole, bury it again and pay people to stand around guarding it. It has no utility. Anyone watching from Mars would be scratching their head.”

Finally, we should add that although Buffett had a bad day Tuesday, he is still the fourth richest man in the world with a net worth of $65.8 billion.