(Kitco News) - The U.S. Mint saw renewed interest in its gold and silver bullion coins with sales last month hitting their highest level since April; however, demand for physical precious metals was down compared to last year. 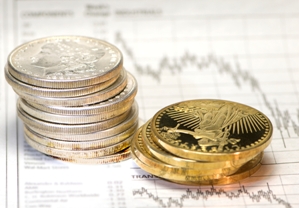 According to sales data, the U.S. Mint sold a total of 67,500 ounces in various denominations of American Eagle and Buffalo gold coins last month, an increase of 65% from August, but down more than 24% from September 2015. So far this year the Mint has sold 782,000 ounces of gold, down from 840,500 ounces sold during the same time frame as last year.

The same trend can be seen in silver demand. Sales data show that the mint sold 1.675 million ounces of silver last month, up nearly 24% from August but down almost 56% from the September 2015. So far this year the mint has sold almost 30.6 million ounces of the grey metal, down compared to 36 million ounces sold in 2015.

However the slump in sales last month is not surprising to some market players, who note that the U.S. Mint saw unpresented demand for gold and silver at the start of the year.

Peter Hug, global trading director for Kitco Metals, said that investors have been reluctant to buy more bullion as prices have been stuck in a trading range since July.

“Physical demand will accelerate once gold breaks either side of $1,290 or $1,370, whereas silver will generate demand under $18 and over $20.50,” he said. “The market is looking for a catalyst, which may turn out to be the election.”