Are You Smarter Than The Gold Market?

Trading your opinion can be dangerous to your P/L statement.

At the end of the day, the market is always right. Recent gold market action has been choppy and "noisy." Both the bulls and the bears are biding their time. At times like this, even fundamental traders and investors can find important clues on the chart. 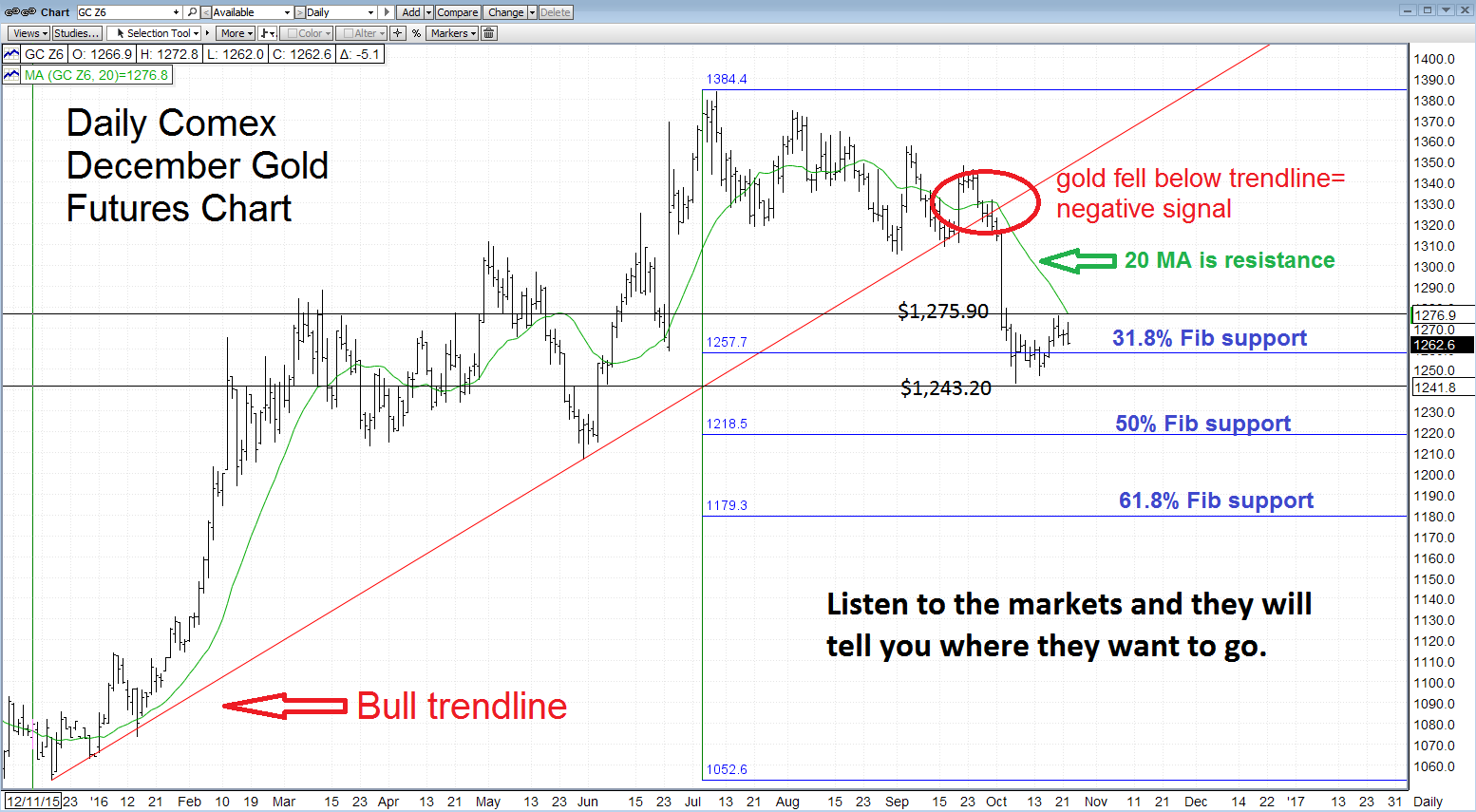 Translation: the current retreat in gold can still be considered "corrective" in nature to the multi-month uptrend that began in December 2015.

The bulls and the bears have drawn the short-term lines in the sand. Who will win the battle? The jury is still out. Here are the levels traders can watch now:

The Bullish Scenario: An upside breakout above resistance would signal that the bulls are regaining control of short-term trading action and that the current correction phase may be ending. An initial bullish target is seen at $1,305.50.

The Bearish Scenario: A downside breakout below support would open the door to another wave of selling. Bearish supports and targets lie at the 50% and 61.8% Fibonacci retracement points.

I know you are smart, but the market is smarter. Listen to what the market is telling you and trade it. Don't force your opinions on the market – you'll probably end up regretting it.

Oct 20 New ETF driving bitcoin price to record highs above $65K
Oct 19 This is how TD Securities is playing gold to hedge against stagflation
Oct 19 Gold will struggle as Fed's push to normalize monetary policy supports the US dollar - HSBC
Oct 18 Hedge funds staying away from gold and silver, focus on tightening monetary policies
Oct 18 Stagflation might not be enough to save gold - Bank of America