(Kitco News) - There will be two major themes continuing in the marketplace when trading begins next week: a surging U.S. dollar and slumping world bond market prices. It’s also a holiday-shortened trading week for the U.S. next week, as the Thanksgiving holiday is Thursday. Next Friday is typically one of the lowest-volume U.S. trading days of the year. 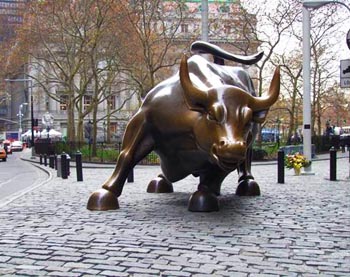 December gold futures are preparing to end its second week in negative territory last trading at $1,207.90 an ounce, down more than 1% from last Friday. Since the highs seen from Donald Trump’s surprise presidential election victory, gold has lost almost 10%.

Silver is also preparing to end its second week in negative territory, with December silver futures last trading at $16.530 an ounce, down almost 5% since last Friday. Silver has dropped more than 13% from its election night highs.

The rally in the U.S. dollar index, which hit a 13-year high Friday, is prompting trader and investor concern and not just in the precious metals markets. The strong greenback is causing selling pressure across most of the raw commodity sector, as most raw commodities are priced in U.S. dollars. An appreciating dollar makes those commodities more expensive to purchase in non-U.S. currency. There were also reports out this week saying the stronger U.S. dollar is somewhat destabilizing for the world’s periphery currencies.

The precious metals markets will continue to struggle as long as the U.S. dollar index’s trajectory continues strongly higher.

U.S. Treasury 10-year notes are at their highest yields so far this year. German bonds have gone from negative yields to just above one-quarter of a percentage point. Federal Reserve Chair Janet Yellen on Thursday said the U.S. economy is getting stronger and that interest rates can begin to rise again. That’s bond-market-bearish. Yellen also said the election of Donald Trump as president has not altered the Fed’s thinking on the U.S. economy.

As the shock of the surprise U.S. presidential victory by Donald Trump wears off, traders and investors worldwide continue to have generally optimistic views of global economic growth prospects, which they believe will be fueled by more spending by the U.S. and by less U.S. government business regulation. Such will continue to be bullish for world equities markets and bearish for the competing asset, safe-haven gold.

Nymex crude oil prices had a good week this week as the marketplace debates OPEC’s ability to cut its collective crude oil output ahead of the cartel’s Nov. 30 meeting. Oil’s rebound this week suggests, from a chart perspective, that a market bottom is in place and that prices can now drift sideways, if not sideways to higher into the end of the year.

Important U.S. and world economic data due for release next week includes: purchasing managers’ index reports for the Euro zone, the U.S. and Asia; U.S. housing starts and durable goods data on Wednesday; the Federal Reserve’s FOMC minutes are due out Wednesday afternoon. The U.K. GDP report is due out next Friday.

Mar 6 Gold price is on a path to $1,700 but volatility will be high - analysts
Jan 3 Gold market on edge; will Iran retaliate against U.S.?
Sep 13 Traders waiting to see if gold can hold $1,500 if the fed disappoints
Jul 19 Gold Prices Holding Their Ground As Markets Continue Rate Cut Debate - Analysts
Jul 12 Analysts Warning: Dont Expect Much From Gold Next Week