(Kitco News) - Gold could continue to weaken next week as rumors persist that China is unofficially restricting gold imports into the country. 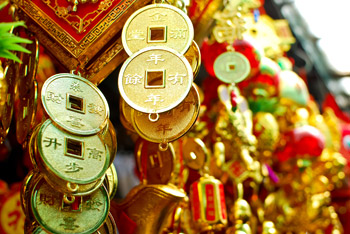 Earlier this week, reports circulated suggesting that international banks, licensed by the government to bring gold into the country, are having difficulties with their imports.

According to these banks, the People’s Bank of China is taking a longer time to approve each importing transaction. Some of the banks have reduced or even outright stopped importing gold into the country as a result.

Many analysts noted that the central bank is trying to unofficially restrict gold coming into the country in an effort to curve the high level of capital outflows from the nation’s investors.

While this has the potential to disrupt the gold market, at a seasonally important time, some analysts said they do not see this as an effective long-term policy.

China’s gold import curbs come almost a week after gold investors had to deal with rumors that the Indian government may be looking into restricting gold imports to crack down on its growing black market economy.

Gambarini said that she is following the India market a lot closer as this could cause a bigger disruption in the global gold market. Gold plays a much bigger role in India, where the yellow metal is the nation’s second biggest import, just behind oil.

Gambarini said that the Chinese rumors could spook some investors, who are already negative on gold, but that so far she sees this as a limited factor.

“Right now, I think this is a local story as lower imports are driving up premiums,” she said. “It is still early days and we will have to wait until we get December’s trade data to see the impact this unofficial policy has had on the gold market.”

However, long-term, Gambarini said that the gold market could be in for some difficult times if the two largest gold-consuming nations curb their gold demand in 2017. Unprecedented physical demand in China and India helped stabilize gold prices in the last three years.