(Kitco News) - In line with expectations, the Federal Reserve has raised the federal funds rate by 25 basis points, to trade in a target range between 0.50% and 0.75%. 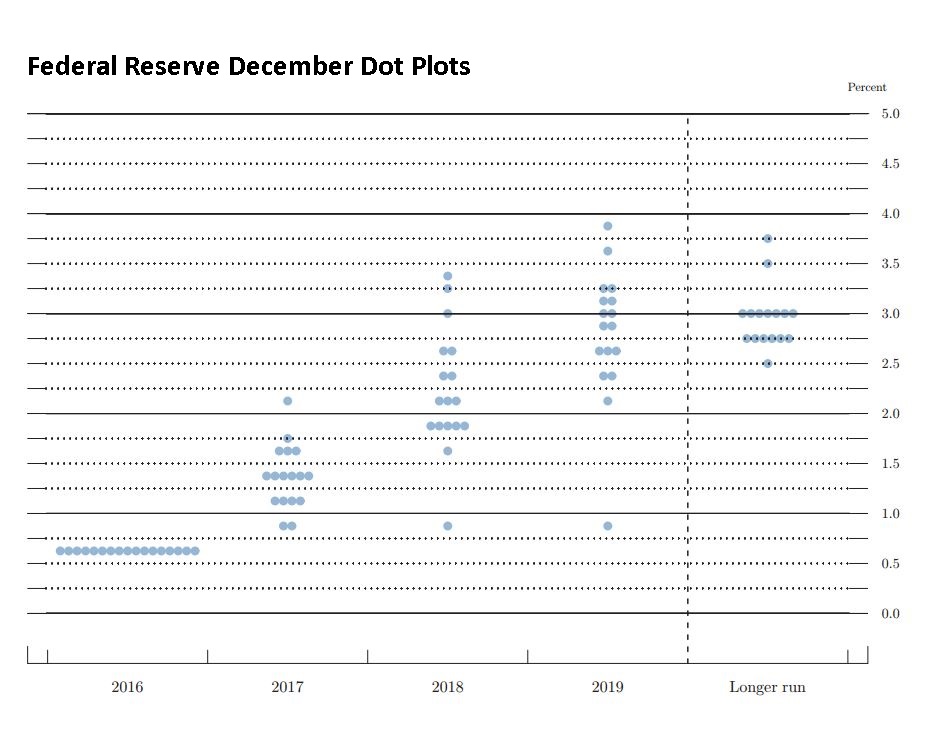 The U.S. central bank has not revealed much new information from November’s statement, reiterating that economic activity has expanded at a moderate pace in the second half of the year.

Gold prices have dropped into negative territory following the Fed’s announcement; February gold futures last traded at $1,158.60 an ounce, flat on the day.

Markets are looking past the latest rate hike, which was 100% priced in, and are looking to the committee’s expectations of where interest rates will be by the end of next year. The Federal Reserve’s projections indicate a possible of three rate hikes next year. Markets have only bee pricing in two.

It its statement the central bank said: “Near-term risks to the economic outlook appear roughly balanced.”

Avery Shenfeld, senior economist at CIBC World Markets described the latest fed decision as a bit of a “yawner” as most of the information was well telegraphed well ahead of today’s meeting. He added that the one small surprise was that the central bank is looking at an extra rate hike next year.

“The higher dot forecast will have markets adding a bit to expectations for rate hikes ahead. We still see 5 quarter point hikes over the next two years, but now see three in 2017 and two in 2018 vs. our earlier call of two and three, seeing the Fed being a bit more preemptive in anticipation of some fiscal stimulus,” he said.

The Fed left its inflation outlook relatively unchanged; the Fed's 2017 outlook on inflation stands at 1.9%, unchanged from the previous estimate. The central bank is expecting inflation to hit 2.0% by 2018. Inflation is expected to remain at 2.0% for 2019.