Gold Down 3%, Silver Prices Down 7% As Markets Digest Hawkish Fed

(Kitco News) - The gold market is off its lows but remains on the ropes after Wednesday’s surprise forecast that shows the Federal Reserve could potentially raise interest rates three times in 2017. 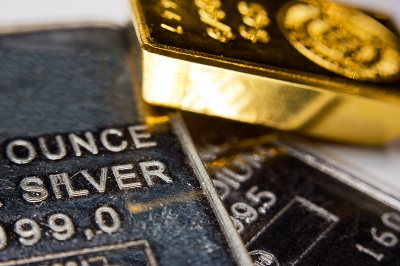 Analysts noted that gold is reacting to a surging U.S. dollar that has rallied to its highest level in 14 years and bond yields that are at their highest level since the start of the year. The strong selling pressure drove gold to a session low of $1,124.30 an ounce. Since hitting its lows, gold has moved only slightly higher; February gold last traded at $1,13.40 an ounce, down 2.86% on the day.

But, gold isn’t the only victim of U.S. dollar strength. Silver futures are also under heavy selling pressure and are the worst performer in the precious metals arena. March silver futures last traded at $15.985 an ounce, down 7.18% on the day.

Ole Hansen, head of commodity strategy at Saxo Bank, said that he will be watching the last major retracement level for gold at $1,125 in the near-tem, noting that a break of that could lead markets to retest last December’s lows.

Chris Beauchamp, market analyst at IG Markets,, said that he is watching the $1,122 level and a break of that could lead to test of support at $1,106.

George Gero, director of RBC Wealth Management, said that not only is the Fed weighing down on gold but physical purchases in India has dried up, during what is an extremely important time for seasonal demand.

He added that in the futures market, open interest has spiked, rising more than 400,000 on this selling pressure, which is an indication that prices could continue to push lower in the near-term.

“I think we could see continued selling pressure for the next three or four weeks,” he said.

While markets continue to digest the Federal Reserve’s hawkish tone, some analysts are dismissing the move as an overreaction, using last year’s forecasts as a major example.

Last December, after raising interest rates for the first time in nearly 10 years, the Fed projected four rate hikes in 2016. By January, they revised their estimate to two and then by the summer, markets were pricing in only one rate hike.

“There is absolutely no reason to put any credibility in what the Fed says about interest rates,” said Adrian Day, president of Adrian Day Asset Management.