Make Kitco Your Homepage
Favorites:
EDIT
You are in News•Kitco Latest News•Fascinating People

Most Fascinating Person of 2016 Is... - Kitco News Readers Have Voted

(Kitco News) - Who won the title of Most Fascinating Person of 2016?

Kitco News launched a new feature this year as part of its Outlook series in an effort to give our fans a voice!

After a few weeks of voting, we have finally tallied up the results to unveil who our readers and viewers think were the most fascinating individuals of this past year. After sifting through thousands of responses, we finally have a winner!

Read on to find out who the top 3 candidates are as well as a few interesting reasons as to why they were voted in.

Not only did he sweep the nation’s vote during the 2016 U.S. Presidential election, but Donald Trump has officially been named Kitco News’ Most Fascinating Person of 2016. Some of the reasons why the Donald won the top spot include:

“…he won against all odds,” said one submission.

“He knows how to get things done,” wrote one of our readers. While another kept his or her reasoning simple: “Trump is Trump.”

Although we tried to reach out to the newly elected President for a comment, he did not respond.

No stranger to the precious metals arena, Rob McEwen has been behind some of the biggest mining companies in the industry. First founding Goldcorp – the world’s largest gold producer – McEwen is now chief executive and chairman of his own company, McEwen Mining. He is also being inducted into the Canadian Mining Hall of Fame in January 2017 for his work in the industry.

Our readers voted for him in second place because of:

“His individualistic nature,” a participant wrote. While some said he is, “an investor’s ideal CEO.” 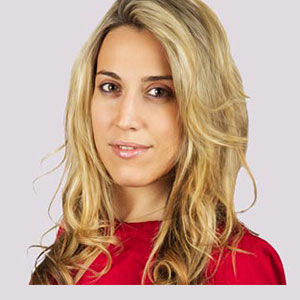 #3 – Our very own Daniela Cambone!

I speak on behalf of the editorial team when I say, Kitco News wouldn’t be Kitco News without Daniela Cambone.

With over 15 years’ experience covering financial markets, she has led a team of journalists in making Kitco News a household name in the industry – the go-to source for precious metals and mining news. Having interviewed high-profile guests and always bringing the most up-to-date market news, our Editor-in-Chief has been able to build a reputation for herself in the industry as a trusted journalist, respected anchor and of course, a FAN FAVORITE .

Clearly, she has created her own fan base and viewers from around the world shared their reasons as to why Daniela Cambone was named Most Fascinating Person in 2016:

“She is great with very positive energy and an honest wisdom seeker,” one participant wrote.

Some went on to say, “she is probably more up-to-date about gold than any of the current mining CEOs.”

One submission read, “She is beautiful and always beautifies the scenery. But you can’t ignore her expert interviewing skills - keep up the great work Daniela!”

And of course, because “she rocks- no pun intended.”

Congratulations to our winners and thank you to all our fans that took the time to vote. We hope you enjoyed the feature. Wishing you all happy holidays!