(Kitco News) - Analysts expect the amount of silver extracted from the ground to decline in 2017 largely due to less metal mined as a by-product of gold and base-metals operations. 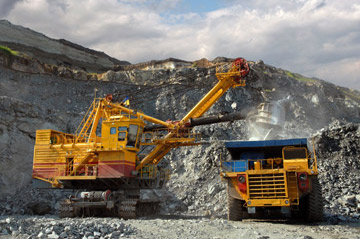 Less than a third of global silver supply comes from primary producers – those specifically targeting silver. The bulk of silver is mined as a by-product of other metals, not only base metals but gold.

CPM Group projects that 2016 mined silver supply is likely to fall to around 866.1 million ounces from 889.9 million in 2015. Rohit Savant, director of research with the New York-based consultancy, told Kitco News that he anticipates another decline will occur in 2017.

Metals Focus anticipates that 2016 silver production will fall back to 879 million ounces from 885 million in 2015. The London-based consultancy looks for the tally to slip some more to 874 million ounces in 2017.

HSBC anticipates that mine supply will ease by 12 million ounces to 872 million in 2017, with a similar decline coming in 2018.

Mined silver production rose for 13 consecutive years, increasing nearly 40% between 2005 and 2015, said HSBC in its most recent outlook report for silver. Much of the rise since 2012 was due to higher output from primary silver mines, the bank continued. However, in 2016, mined silver supply is expected to have declined for the first time since 2004, HSBC said.

“Mine supply from primary and by-product mine output is likely to contract slightly this year and in 2017, lending support to prices,” HSBC said.

“This makes silver production more a function of base metals and gold output than of underlying silver prices,” HSBC said.

And, said the bank and others, these other sectors are denting silver supply at the moment.

“There is a base-metals component, which we think is going to negatively affect silver-mine supply,” Savant said in an interview. “We did have some base-metals mines stop producing.”

For instance, HSBC analysts estimated that zinc output will contract 5.1% in 2016 because of mine closures, although a bounce is expected in 2017 due to the resumption of larger operations and growth in China.

“The expected slowdown in base-metals output growth from which silver is derived as a by-product is an important element in our expectation for tighter silver mine supply and moderately higher prices longer term,” said HSBC.

More significantly for silver, less supply of the metal is coming from gold mines, even though overall production of gold itself has remained stable, said Oliver Heathman, head of mining research with Metals Focus, in an interview with Kitco News. Silver as a by-product from the gold sector is concentrated in a handful of mines.

As an example of the drop in silver supply from these operations, he cited Goldcorp’s Penasquito mine in Mexico. Goldcorp’s third-quarter earnings report cited less July-September production at the mine from a year ago due to a lower grade as a result of mine sequencing, with output of 121,000 ounces of gold and 5.24 million ounces of silver, down from 236,000 gold ounces and 7.47 million ounces in the same period of 2015.

Heathman added that primary silver producers also appear headed toward less output as well, although he attributed this to “operational nuances” with some moderation in production from some mines that had strong output in 2015, rather than the start of a new downward trend.

Down the road, there is potential for silver-mine supply to stabilize, Heathman related.

“Going forward, we expect output from the lead-zinc sector to remain stable,” he said. “If you see a significant pick-up in price, there might be scope for companies to open some of these shut mines, in which case you’d see that production come back onto line.”

“The modest decline in output this year marks a myriad of changes in underlying silver output,” the bank said. While increases are coming from some countries such as Peru, other producers such as Russia, Australia, Poland and Argentina will likely see output decline.

“This leads us to believe the trend of rising production for the last 10 years is slowly reversing,” HSBC said. “While primary silver mine output is likely to remain steady, prices at around $20/oz or lower may not be enough to encourage additional investment by some higher-cost producers, which may require $25/oz.”