A Seat At The Fed? Ron Paul Says It Would Be "Interesting"

(Kitco News) - Could the Federal Reserve’s harshest critic now be prepared to become part of the very entity he was trying to end? 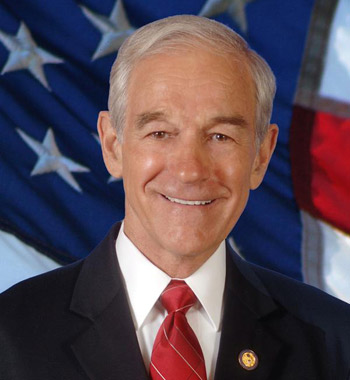 The Campaign for Liberty, the organization founded by former congressman and two-time presidential candidate Dr. Ron Paul, is looking to get Paul appointed to the Federal Reserve Board.

It’s a surprise announcement since Paul, arguably the most famous libertarian, has championed the Audit the Fed and End the Fed movements.  In 2009, he even wrote a book dedicated to the subject, appropriately titled, “End the Fed.”

Kitco News spoke with Paul and he confirmed that the Campaign for Liberty is looking to do exactly that; getting Paul a voice in the Fed.

“The truth is that did appear,” Paul said in an interview with Kitco News. However, he does not necessarily think it is realistic but rather a way to get people talking about auditing the Fed again.

“[T ]he people that are currently managing The Campaign for Liberty think it is a great idea...I think one of the goals would be to get people interested in the subject and why someone like myself would be interested in talking about the Fed… I think most of it is to get the attention of how the Fed works and moving the Audit the Fed bill along and keeping it in the news,” Paul said, adding that President-elect Donald Trump has brought up auditing the central bank.

When pressed on whether this is a position he wanted, Paul hedged that it would be “interesting” but the odds of him being appointed are “pretty slim.”

“You have to be realistic that the Fed is pretty much a closed club. It would be interesting to do it – and it would be difficult not to do it …I think we have to keep the heat on them and they have to explain why they wouldn’t consider a person like myself and that might be to our advantage to call attention to monetary policy.”

Monetary policy, Paul explained, has become extremely important. “When I first started, monetary policy was so esoteric… now young people are talking about it.” He added, “I am convinced if everyone knew what was going on and how they bail out banks, it would be a benefit to all of us,” Paul said of the Fed.

As to whether Paul has spoken with Trump about reviving the Audit the Fed bill, Paul said, “not personalIy.”  He added that he is not sitting at the phone thinking Trump might call in the next half hour but he hopes the new President will get the memo.

“I hope he gets a lot of messages from people that think it might be a worthwhile idea to get someone that will fight and let people know what is going on and get the audit.”