(Kitco News) - Gold prices are holding near their four-week highs and seeing a strong start in the new year, but analysts warn that more work still needs to be done as the new momentum could be just a short-term bounce. 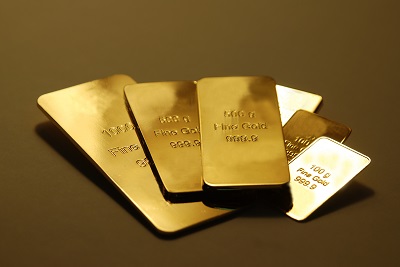 Commodity analysts at iiTrader said that they see gold’s push higher as a reaction to the oversold conditions seen at the end of 2016.

“Major three-star resistance comes in at $1,172.8-1,175.5 and a close above here is needed to work to neutralize the recent downtrend,” they said in a recent report.

Ole Hansen, head of commodity strategy at Saxo Bank, said that he sees potential for gold as the Japanese yen weakens along with falling U.S. Treasury yields. However, he also noted that holdings in exchange-traded products are still elevated and potentially represent a level of supply.

Looking at prices, Hansen said that the next level he is watching is $1,173 an ounce, but it will take a drive back above $1,200 an ounce to bring “real money” back into the market.

Phillip Streible, market strategist at RJO Futures, said that the latest price action shows some potential for gold; however, it might be a little too early to expect renewed bullish momentum.

“To be sure, we cannot conclude a major reversal higher from such a smaller-degree momentum failure,” he said in a report Wednesday. “But while… short-term risk parameter remains intact, neither should we ignore it as a possibility.”

While most analyst are now looking at gold’s resistance levels. Chris Beauchamp, market analyst at IG, is also keeping an eye on support. He added that in the near term, $1,150 has to hold if gold is going to attract new buyers

Lukman Otunuga, Analyst at FXTM, said that this could be just the start to a “chaotic first quarter,” adding that the recent rally could create some selling pressure.

“Technically, the metal remains under pressure on the daily charts and sellers could utilise the $1175 resistance to drag prices lower towards $1125,” said Otunuga.

May 27 Will gold price benefit from classic bear market rally in equities?
May 27 Inflation is still a threat even if it has peaked
May 26 Inflation to remain high this year but cools over the next five years - New York Federal Reserve
May 26 Gold remains an important stabilizing asset as stagflation threat grows - Axel Merk
May 25 Billionaire Bill Ackman says Fed needs to raise rates now to beat inflation, protect the economy