INVEST LIKE BRENT COOK... Which 5 Companies is This Geo Liking?

(Kitco News) - The final instalment of invest like the experts Kitco news digs into the mining sector with famed geologist Brent Cook and his associate Joe Mazumdar at Exploration Insights.

While looking at potential sector drivers in 2017, the two analysts also provide five companies they see as  top picks at the start of the new year.

PART I: Why RBC’s George Gero Is Upping His Gold Bets In 2017 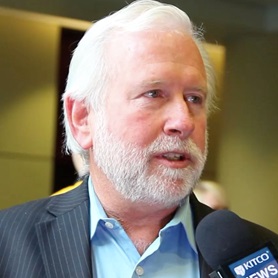 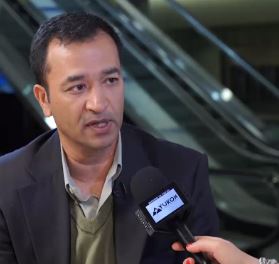 Claim To Fame: Cook is the creator of the well renowned investment newsletter Exploration Insights.

What are your overall thoughts on the mining sector in 2016, heading into 2017

We think investor sentiment toward precious metals will be inversely correlated to major the U.S. markets and the dollar. When the reality of the inexperienced, uninformed, and hubristic pride of a Trump presidency sets in, the market is in for a reality check, and precious metals will come back into favor. Base metals should do fairly well early in the year, but flat line to down as the year plays out.

Where would you invest in mining in 2017?

At Exploration Insights, we tend to focus on a risky part (junior mining sector) of a cyclical industry. We would not allocate any funds that would normally be directed to a mortgage or rent payment into this sector. In the upcoming year, we will focus our efforts and investments on grassroots exploration plays that have a better chance than most of finding a high-quality, high-margin deposit (15% internal rate of return at US$1200 per ounce) that a producer would be interested in acquiring.

The keys would be a competent management team with relevant experience in the deposit type they are seeking to outline.  We are only after Tier one and Tier two assets. The jurisdiction needs to be relatively mining friendly and the land package-district scale. Management should have sufficient working capital to allow it to achieve some significant catalysts, and the ability to raise capital in the markets. Executives should own a significant stake in the company such that their interests are aligned with the shareholder.

What will affect the mining sector most this year?

We have been saying for a few years now that new metal discoveries are not keeping up with metal production. Producers are currently emphasizing profitability over volume but quality or high margin discoveries in the resource sector are few and far between.

In the gold industry, this is supported by the fact that major producers are satisfied with flat production profiles as they have failed to replenish their reserves over the past few years and taken writedowns on assets that don’t meet their hurdle rates at today’s gold prices.

We saw six of our portfolio holdings acquired this year and we are having a difficult time replacing those with advanced mineral deposits—if we are then so are the majors.

The cost cuts made by producers to increase their profitability included cutting their exploration programs with strong bias towards brownfields or near mine programs over grassroots ones. We would argue that a well-funded, focused grassroots program run by a solid technical team are more likely to find a high margin, quality deposit versus constantly regurgitating marginal deposits.

Therefore, we will be focusing on early stage exploration and discoveries—where we think the major mining companies will be forced to look for new acquisitions—and we intend to own those.

What is your New Year’s investment resolution?

With respect to investing resolutions, we are committed to improve our ability to recognize potential fatal flaws prior to the general market.

If you could describe 2016 in one word, what would it be?

The term agnotology applies, it is the study of culturally induced ignorance or doubt, particularly the publication of inaccurate or misleading scientific data. On the U.S. front, attempts to draw parallels between past administrations and a Tweet-posting, reality TV- star, billionaire real estate tycoon may be fruitless. Words like unprecedented (or un-presidented) also seem fitting.
This past year’s political discourse has made fact checking a new cottage industry. But we think (and hope) that, ultimately, hard data and real science will win out over ignorance and self-serving untruths.

From an investment perspective how was 2016 for Exploration Insights?

We are pleased to report that, to the end of 2016, our portfolio of open positions (24) had provided us a 63% average return, while our closed positions’ (23) realized gain was 107%. Success in a good market can be biased if the performance is not compared to benchmarks. Our analysis indicates that our open and closed positions outperformed their respective benchmarks by 60% and 74%, respectively.

Also, a significant joint venture (50%) was completed on Gold Road Resources. These are signs that we must be doing something right.

(Disclosures: Brent and Joe own shares of Gold Road Resources)