(Kitco News) - Gold and silver should be considered money in the United States, especially if the Constitution “explicitly” recognizes them as such, this according to an organization launching a petition on the matter. 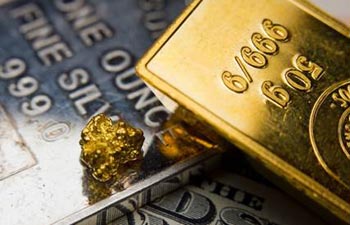 The Make Money Great Again (MMGA) movement, which launched a petition Tuesday, is looking for 100,000 signatures to get President Donald Trump’s administration to bring about change.

“We The People request the new administration Make Money Great Again; that gold and silver may freely be used as money alongside United States dollars,” the organization wrote on its website.

If the group can gather enough signatures, the petition will receive an official comment from the White House. So far, the organizers have one signature and are hoping to gather the rest by February 23, which is the deadline to be noticed.

The petition is not looking for the U.S. to implement a gold standard. Instead, it simply wants gold and silver to become “constitutionally-recognized” money.

“This petition does not seek to mandate a gold standard, impose a Federal Reserve managed gold system for a gold backed currency, or place any restrictions on the existing currency management powers of the Federal Reserve,” the website said.

Instead, the petition is aimed at getting President Trump to sign an Executive Order that will remove any impediments to using gold and silver as money.

What’s more, the petition asks to cease all “tax discrimination against gold and silver,” including the removal of all capital gains tax on holdings and transactions involving both metals.

Gold and silver – often referred to as monetary metals – are considered investment assets by the Internal Revenue Service (IRS) rather than a currency. As such, they are currently subject to taxation when sold.