(Kitco News) - Wednesday saw the worst trading day for palladium in a decade and well-known market watcher Dennis Gartman was quick to sum it up as a “violent, stunning, egregious, amazing historic collapse,” in his latest newsletter. 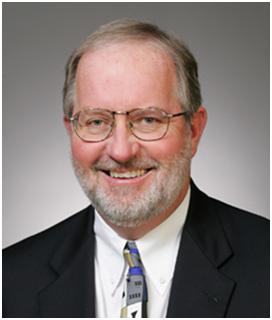 March palladium futures settled Wednesday’s session at $736.10 an ounce, down $59.75, or 7.5%. The metal has continued to see more selling pressure; as of Thursday morning palladium was last down almost 0.63% on the day, trading at $731.41 an ounce. The downward blow came after what has been a stellar start for the precious metal;

“We have no “fundamental” reason for the sell-off. Neither, however, did we have a reason for the palladium market’s previous rise into the trading stratosphere,” he noted in his Thursday edition of the Gartman Letter.

He added, “[W]e have been concerned that demand for palladium would be diminished in the years ahead as driverless cars and Millennials antipathy toward auto ownership would curtail automobile sales from their current lofty levels and it is automobile manufacturing that has spurred what demand there has been for palladium.”

While palladium’s rise and fall made little sense to Gartman, most analysts surveyed by Kitco News were not surprised by the move, noting that it is a relatively thin market and exaggerated moves can be expected.

Palladium and its sister metal platinum, were seeing strong price strength on the back of declining output from top producer South Africa, which together with Russia is responsible for more than 80% of global supply of the metals.

Aug 14 Inflation is not over yet despite lower CPI, long-term, moderate hyperinflation is coming  Nathan Lewis
Aug 12 Traders buy the dip all week reinforcing support for gold futures at $1800
Aug 12 U.S.-China relations will continue to worsen; Pelosis Taiwan visit is a political move for midterm elections  Matt Gertken
Aug 12 The bias is down but outside impacts are neutral early on
Aug 12 Where is gold's summer rally? This price level is needed for breakout