Too Soon For Investors To Ignore Gold - BlackRock

(Kitco News) - Inflation is coming a lot quicker than investor think and gold may prove to be a solid asset for investor portfolios, this was the message from the world’s largest asset management firm. 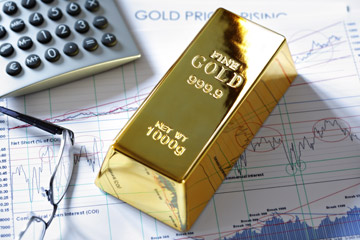 “Like the proverbial frog that does not notice the rise in water temperature until it’s too late, investors seem to be experiencing a similarly stealthy rise in inflation,” noted Russ Koesterich, portfolio manager for BlackRock’s global allocation team, in a blog post Thursday.

And gold, often considered an inflation hedge, should prove to help investor portfolios in this type of environment.

“[S]hould inflation expectations rise faster than nominal rates, gold is likely to continue to merit a place in most portfolios,” he wrote.

However, it is not just gold that would benefit in a rising inflation environment.

According to Koesterich, investors should look at the following strategies for their portfolios in order to fight inflation pressures: choosing [Treasury Inflation Protected Securities (TIPS)] over nominal Treasuries, allocating an overweight to financial stocks and an underweight to bond market proxies like utilities or consumer staples.

The latest U.S. inflation data released earlier in the month showed that the Consumer Price Index rose 0.3% in December while annual inflation rose by 2.1% last year. This was the first time since 2014 inflation rose above the Federal Reserve’s inflation target of 2%.
To Koesterich, the signs are clear that inflation is on the rise.

“Housing costs are now rising at the fastest pace in nearly a decade,” he noted, adding that it is a key metric to watch given that overall housing costs make up 40% of core inflation.