(Kitco News) - Gold prices could continue to trend lower ahead of next week’s much-anticipated Federal Reserve monetary policy meeting, but there is nothing to fear from higher interest rates, according to some market analysts. 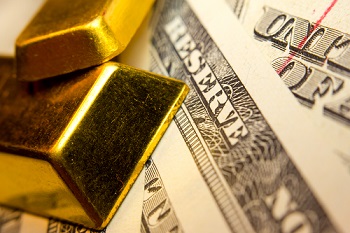 In one week, after hitting a 3.5-month high, gold has dropped more than 3% as markets have shifted their interest-rate expectations, all but pricing in a rate hike following next week’s meeting.

According to some analysts who were presenters Sunday during the Letter Writers Forum at the Prospectors and Developers Association of Canada conference, gold could continue to fall, with many eyeing the $1,200 level.

However, they added that gold could rally after the meeting in a move similar that was seen in December as gold rose almost 9% following the Fed’s second rate hike in more than a decade.

The analysts note that ultimately real interest rates will remain low as the Fed will be seen to be behind the inflation curve.

“If gold takes it on the chin because of the Fed, I see that as a buying opportunity,” said Louis James, senior investment strategist at Casey Research, in an interview with Kitco News.

Gwen Preston, create of the Resource Maven, noted that inflation is now at 2.5% and real rates are just barely positive. She noted that there is a threat of rising inflation as she sees President Donald Trump pursuing a weak U.S. dollar policy to drive economic growth.

Sean Brodrick, an independent analyst, noted that inflation fears are “like rocket fuel for gold.”

“I see every pullback as a gift,” he said during his presentation.

Mickey Fulp, creator of the Mercenary Geologist, said in an interview with Kitco News that he doesn’t see a March interest-rate hike as a threat to gold prices. He noted that even if they do go up, interest rates will only be 0.75%.

“Ultimately we are still dealing with negative interest rates.

I think gold bottomed in 2015 and while the market will remain volatile, I think we will continue to see higher highs and higher lows,” he said.