4 Factors That Could Spark A Gold Rally This Week

(Kitco News) - March 13 – Gold bulls are battling back Monday morning. Since marking out a minor top at $1,264.90 on Feb. 27, April Comex gold futures slid lower as the market priced in expectations for an interest rate hike from the Federal Reserve this week.  The daily uptrend off the December 2015 low remains intact and gold bulls have found a toe-hold of demand.

Drilling down to the intraday picture seen in the 60-minute chart in Figure 1 below, gold bulls have cracked a declining bear trendline. The hourly relative strength index swung higher from mid-range levels and supports a short-term bullish bias. For now, demand has emerged for gold on the retreat to test the trendline. 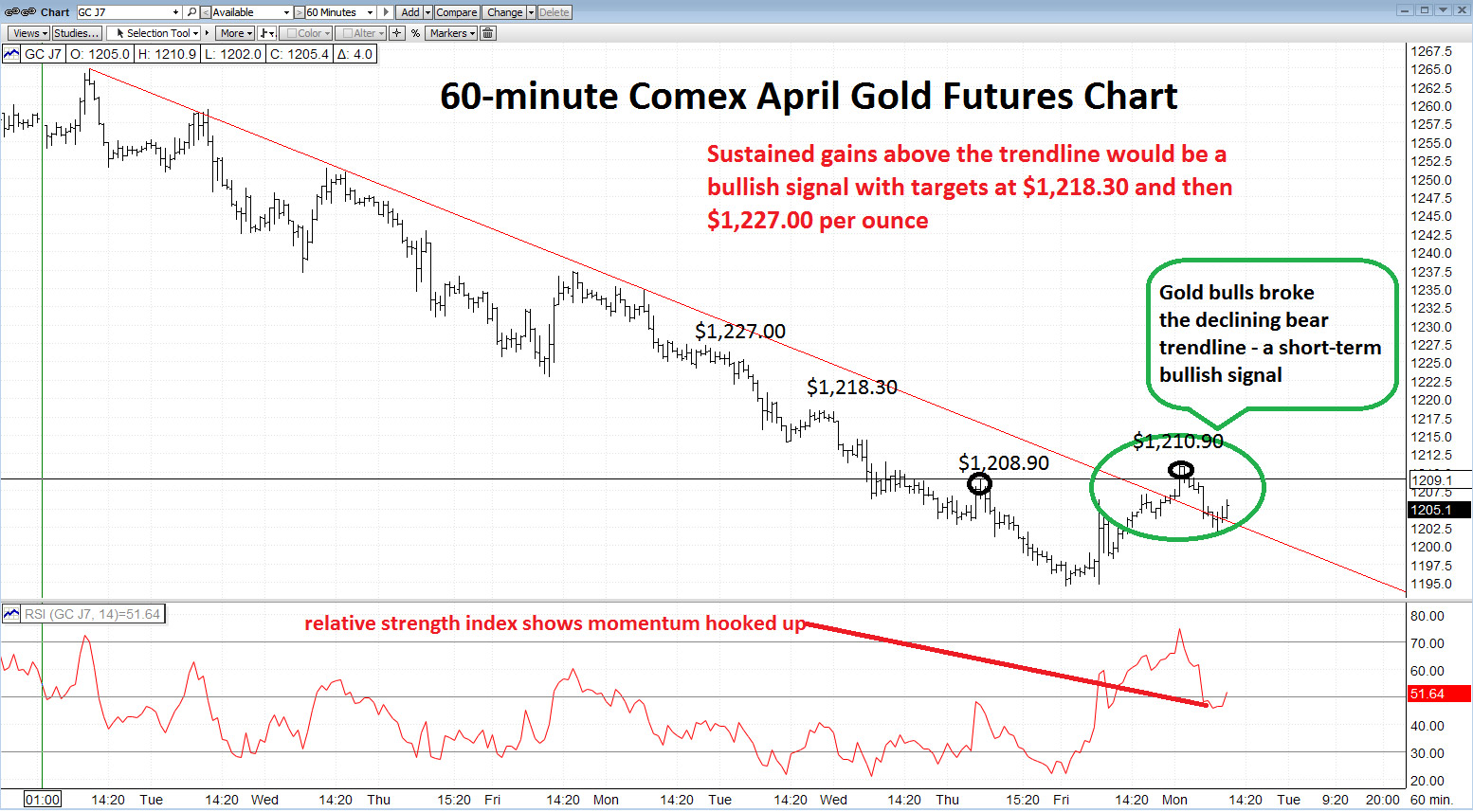 The macro environment provides potential fodder for fireworks in the gold market this week and in the months ahead. Highlights from this week include: