(Kitco News) - Investor optimism continues to grow among gold producers and according to one analyst, the sector should continue to benefit as 2017 may prove to be “lucky.” 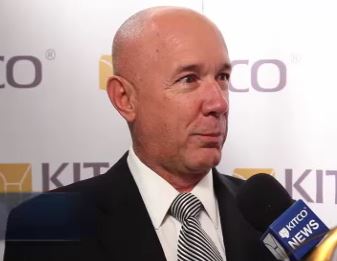 In a recent interview with Kitco News, Mickey Fulp, creator of the Mercenary Geologist, said that his research is not just based on superstitions around the number “7”, but an analysis of the sector’s investment life-cycles, which demonstrate that new investors are attracted to mining companies almost every seven years.

“Every 8 to 10 years a new generation becomes investors and they are attracted to the mining sector because of their potential gains,” he said. “Also, a bull or bear market traditionally lasts between four to six years. By year seven we are on the cusp of a new trend and that is attractive for a lot of investors and hedge funds.”

Fulp agreed with the general sentiment that the mining sector has carved out a bottom and despite the threat of interest rate hikes, he still sees strong potential for gold and gold producers.

Fulp’s comments came after a one-month correction in the mining sector as investors focused on the March Federal Open Market Committee Meeting, where interest rates were raised by 25-basis points and are expected to be the first of three rate hikes in 2017.

“Even if the Federal Reserve raises rates three times it will be for a total of 75 basis-points,” he said. Ultimately, we will still be dealing with negative interest rates because inflation is coming.”

Fulp noted inflation estimates are growing because of President Donald Trump’s expected economic and fiscal policies that are projected to boost growth.

“Fiscal spending is coming and that is good for gold and the miners,” he said.

However, Fulp also warned investors should be prepared for increased volatility in gold and the mining sector.

“The market won’t go up in a straight line but what’s important for investors is that I expect we will continue to see higher highs and higher lows,” he said. “But the question you have to ask yourself is if you feel lucky?”