(Kitco News) - In another story fit for Hollywood, German police are investigating a daring theft of a million-dollar coin stolen from the Bode Museum in Berlin. 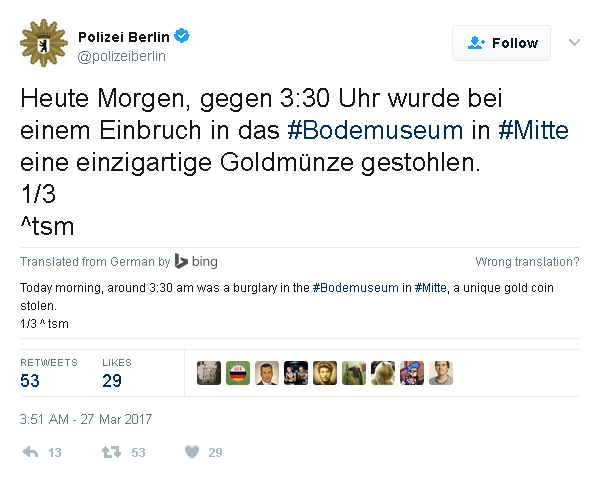 The coin, created by the Royal Canadian Mint, called the “Big Maple Leaf, was stolen around 3:30 am local time, according to a tweet from the Berlin police. Reports have said that the thieves gained access to the museum through a window. A ladder was found near the museum close to the city’s tram tracks.

The thieves broke into the cabinet that housed the coin.

However, the police have not revealed any details regarding how the massive coin was actually transported out of the building. The Big Maple Leaf weighs 100 kilograms (220 pounds) and has a diameter of 51 centimeters (21 inches). The coin holds a Guinness World Record for its purity of 0.99999.

The theft has come at an interesting time as gold prices are hovering near a four-week high around $1,255 an ounce. While the coin has a face-value of $1 million, at current prices, the coin is valued at more than $4 million.

News reports have said that the coin has been at the Bode Museum since 2010 and is part of its Münzkabinett collection -- Berlin's most important coin archive, which has more than 540,000 exhibit pieces.

Since 2007, the Royal Canadian Mint has manufactured a total of five million-dollar coins.

If you don’t have the resource to build your own Ocean’s 11 team for the next coin heist, Kitco Metals has put its million-dollar coin for sale. 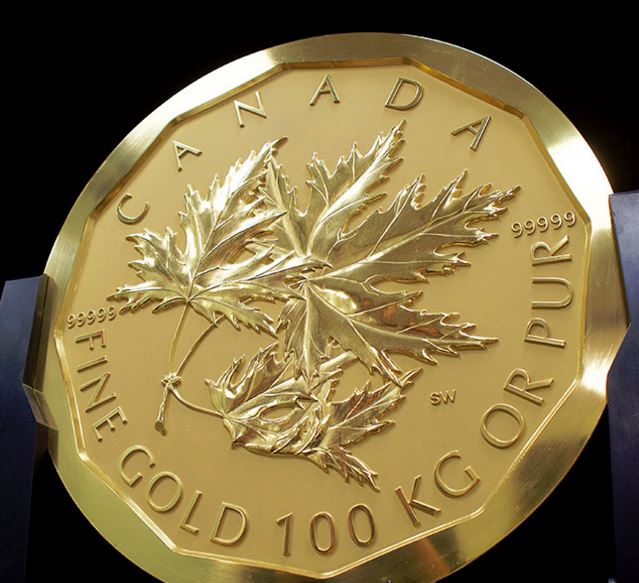