Traders To Brace For Volatility In The Next 48-72 Hours

With this week’s release of FOMC meeting minutes, Trump's first meeting with China’s Xi Jinping, and the U.S. jobs report, analysts are expecting quite a bit of market volatility in the next 48-72 hours. 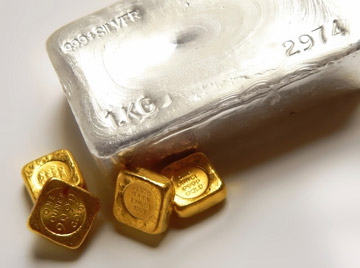 Gold had a very strong start to the year, the chief economist said. “Prices could easily stay between $1,249 and $1,260 an ounce for some time now.”

But, a break past the $1,260 is definitely not ruled out, especially in light of an event-filled week ahead.

“There is quite a bit happening in the next few days. The U.S. ISM Non-Manufacturing PMI and FOMC meeting minutes are being released on Wednesday. And of course Donald Trump’s meeting with his Chinese counterpart Xi Jinping will be a very interesting one to watch. Plus, there is the U.S. jobs report that comes out on Friday. A bit of volatility is definitely expected, and not just in gold prices,” Eliseo said.

The yellow metal has enjoyed the risk-off environment during the first quarter of the year.

Gold prices reacted really well to the Federal Reserve’s interest rate hike in March, mainly due to the uncertainty that started to creep in, noted Eliseo. “Uncertainty regarding how hard and how fast the Fed will be able to raise rates. And that has been supporting gold,” he stated.

Also, the U.S. dollar dips helped boost gold prices. “It is a bit of an unknown what will happen to the dollar. It had an amazing run and now looks to soften.”

Also traders should keep their eyes on what gold will do once it crosses the $1,260 mark. “Prices need to decisively move through it in order to get more bullish and get more exposure to the metal. So far, ETF flows have been nothing spectacular, but with a bit of interest. And yields have come off a bit,” Eliseo said.