Gold to Keep This Beat For Remainder of Year - Fund Expert

(Kitco News) - While gold is in no-man’s land as it trades below $1,300 an ounce, one fund manager is optimistic that the metals strong first quarter performance will continue throughout the year. 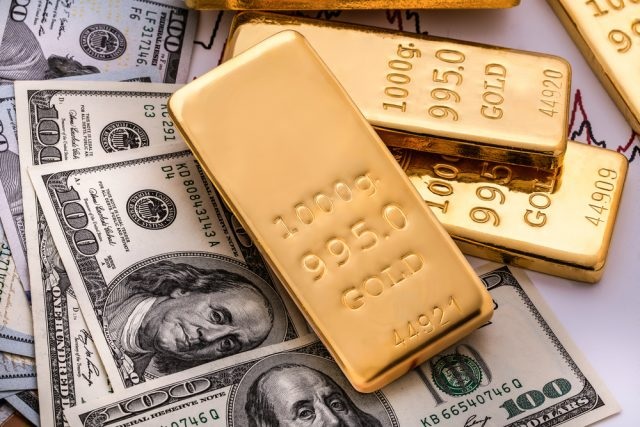 In a recent interview with Kitco News, Mark Valek, fund manager at Incrementum AG, and one of the authors of the annual In Gold We Trust report, reiterated his firm’s outlook for gold to trade between $1,400 and $1,500 by the end of the year.

He said that he is optimistic on gold’s performance as he expects the U.S. and global inflation to pick up, which would have an impact on global growth.

“We see signs of growing inflation and lower U.S. growth. This is the environment where you want to own gold and even better silver,” he said.

One of the factors that could help push up inflation in the near-term is a weaker U.S. dollar. Valek said that the firm is seeing signs that the U.S. dollar is weakening.

Looking at the U.S. dollar, Valek said that there are growing concerns of growing dysfunction within the U.S. government. Congress has until April 28 to pass a spending bill and failure to do so could force another government shutdown. After the failure of repealing and reforming U.S. healthcare, President Donald Trump is expected to have a difficult time trying to pass his tax reform, market deregulation and fiscal policies.

Valek also pointed out that some of Trump’s comments that support a weaker U.S. dollar will continue put pressure on the currency, providing support gold prices.

“When Trump won the U.S. election, the U.S. dollar rallied on expectations of a strong functional government, with all the issue, I think we are seeing that trade now unwind,” he said.

One source of strength for the U.S. dollar remains the divergence in monetary policy with the Federal Reserve expected to raise interest rates at least two more times this year. However, Valek argued that with the U.S. Dollar index holding around 100, the market has priced in these hikes. He said that he expects the U.S. Federal Reserve to have less impact on U.S. dollar strength.

He added that if the U.S. economy loses momentum, the U.S. central bank will not be able to raise interest rates.