(Kitco News) - Wall Street and Main Street look for gold to maintain upward momentum next week after getting a double boost on Friday from U.S. military action followed by a disappointing jobs report.

Gold surged overnight after the U.S. intervened in the Syrian civil war, firing missiles at a Syrian air base after charges that the country used chemical weapons that killed more than 100 people. The precious metal then extended those gains Friday morning when the Labor Department reported the smallest U.S. jobs gain during March in 10 months at just 98,000.

“Maybe the Fed is not going to raise rates now and the dollar starts to deteriorate, and other countries may want to raise rates too as the Fed is on pause,” said Daniel Pavilonis, senior commodities broker with RJO Futures. “That could mean more pressure on the dollar.”

A weaker dollar, in turn, tends to underpin gold as investors buy the metal as an alternative currency. Further, a soft dollar makes all commodities cheaper in other currencies, thus can help demand.

Seventeen market professionals took part in a Wall Street survey. Thirteen voters, or 76%, see gold prices rising by next Friday. Four, or 24%, said lower. There were no sideways votes this week.

“Geopolitical fears are going to push this higher,” said Sean Lusk, director of commercial hedging
Walsh Trading. “We had weaker employment numbers today….I think you’re going to get some technical follow-through if we settle up at new highs.”

Pavilonis also looks for more upside in gold. Besides the Syrian and payrolls news, he cited recent stock-market record highs. Since then, some of the stock buying appeared to come from investors who were worried about having missed out on the rally, and this is often the final stage of a rally in any market, Pavilonis explained.

“I think the smart money will continue to buy gold just in case this thing (stock-market rally) doesn’t last as long as expected,” he said.

Charlie Nedoss, senior market strategist with LaSalle Futures Group, said “the trend is up,” with Comex June gold remaining above the 10-day moving average of $1,255.50. A close above the 200-day average of $1,267.80, should it occur, “would be a great close,” he added.

“We just saw a major technical breakout and the market is not overbought,” said Colin Cieszynski, chief market analyst in Canada for CMC Markets. “The technical outlook is very strong for gold right now.”

Meanwhile, Kevin Grady, president of Phoenix Futures and Options LLC, looks for a pullback since gold is not rallying even more strongly on Friday despite the geopolitical uncertainty and latest employment news.

“We’ve had missile strikes and a terrible jobs number today, and gold is having a very hard time,” he said. In particular, gold has had trouble maintaining momentum above the 200-day moving average near $1,269.20, Grady continued. “We briefly broke above that twice but saw selling right away.”

Maxwell Gold, director of investment strategy at ETF Securities, said he would not be surprised to see a pullback in the short term as geopolitical concerns fade after the military strike against Syria. After that, however, “we still see potential for further upside momentum in gold.”

Here is a sampling of thoughts from some Kitco Main Street voters on Kitco’s new commenting feature – Kitco Chat – which began last month: 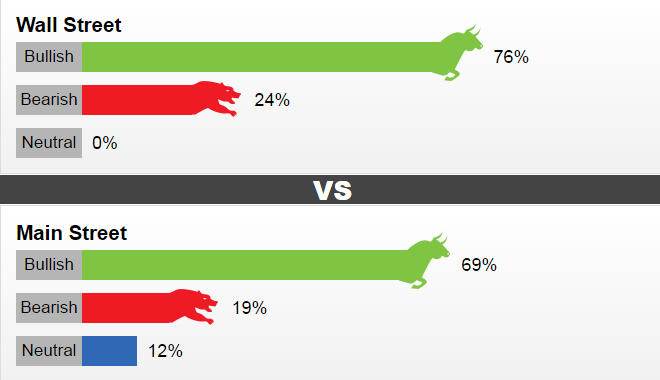