‘Gold Thrives In Absence Of Leadership; $1,330 A Possibility’ — ICBC

Gold has a tendency to quickly fill in a “vacuum” in the absence of economic and geopolitical leadership, ICBC Standard Bank said in a report. 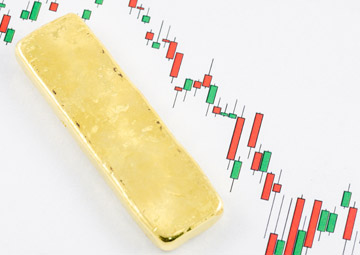 “At certain times, the absence of political leadership and/or direction in other markets can play strongly in favor of gold. Now appears to be such a time,” ICBC Standard strategist Tom Kendall said in a note.

Gold is currently benefitting from the U.S. Congress recess, especially being driven by the lack of new information about Republican fiscal and spending plans, Kendall said.

What's more, there are increased tensions around the Korean Peninsula, as well as no clear direction in which the U.S.-Russia foreign policy is heading, especially in regards to the Middle East. These elements have also boosted the yellow metal, Kendall added.

Other factors contributing to the rally include a drop in 10-year yields by 40 basis points in the space of two weeks. “Another 20bps lower and rates would be back at September 2016 levels, when gold was trading around $1,325-30,” stated Kendall.

U.S. jobs data also disappointed last week, and there was no positive action in U.S. equity markets, according to the note.

Many have asked how sustainable the recent gold rally really is and whether the yellow metal has room to go above the key psychological $1,300 level to trade at $1,330.

Kendall said he believes it is possible.

“Comex speculative positioning is currently moderate, the net non-commercial positioning is around half of last year’s peak of 31 million oz, while ETF inflows appear to have picked up momentum again. So, if the vacuum of leadership on both US economic and global geopolitical issues continues, the answer is yes,” he explained.

On Thursday, gold continued to see a boost from safe-haven demand, with June Comex gold settling 0.81% higher at $1,288.50 an ounce.