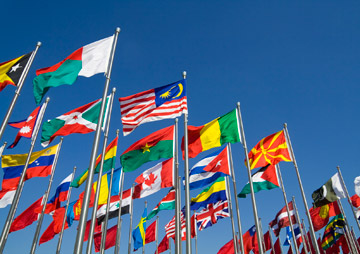 As gold price action remains flat during the opening hours of the Asian session on Friday, one bank says it is bullish on gold, suggesting this is the “opportune time” to build a position in gold.

RBC Capital Markets sees gold prices averaging at around $1,265 an ounce in the fourth quarter of 2017, a much higher projection in comparison to the current prices.

“Gold prices appeared to have bounced off of their nearly two-month lows, and we think now is the opportune time to layer into risk overlays (a recommendation we have made numerous times),” RBC Capital Markets said in a recently published report.

The time to act is now because of technical signals and RBC’s cautiously bullish gold outlook.

“Firstly, correlations are zero to negative where it matters – equities, rates, and dollar. This is the primary pillar of gold’s diversification benefit, in our view,” analysts wrote. “Secondly, 30-day volatility in gold has continued to fall, largely in line with other assets.”

The report added that markets have experienced a “whiplash” following the recent French elections, political instability, and security concerns.

But, the biggest element of uncertainty in the near future will be fate of global trade. “The largest risk-adjusted worry in our view is around global trade in the coming years,” according to the report.

Many have expressed uneasiness over the U.S. President Donald Trump’s protectionist stance, especially in light of the recent statements by his administration in regards to North American Free Trade Agreement (NAFTA).

On Thursday, the U.S. Senate approved Trump's nominee for U.S. Trade Representative, Robert Lighthizer, which cleared the way for renegotiations of NAFTA with Canada and Mexico.

Prior to the vote, two Republican senators — John McCain of Arizona and Ben Sasse of Nebraska — sent a letter to Lighthizer, expressing concern.

“Unfortunately, your confirmation process has failed to reassure us that you understand the North American Free Trade Agreement's (NAFTA) positive economic benefits to our respective States and the nation as a whole,” McCain and Sasse said.

“Beyond your vocal advocacy for protectionist shifts in our trade policies, the administration's ongoing, incoherent and inconsistent trade message has compounded our concern,” the letter added.

In another statement on Thursday, head of the New York Fed, William Dudley, said trade protectionism is a “dead end” that can hurt the U.S. economy.

“Protectionism can have a siren-like appeal,” said Dudley. “Viewed narrowly, it may be potentially rewarding to particular segments of the economy in the short term. Viewed more broadly, it would almost certainly be destructive to the economy overall in the long term.”