Could Gold Break $1,300 By Independence Day?

(Kitco News) - The so-called summer doldrums are nearing and the gold market historically sees quiet trading, but according to one analyst, it could be different this year. 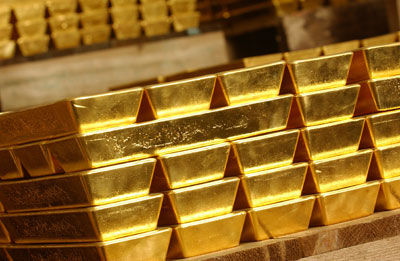 “[T]he average performance of the USD gold price in the months of June and July over the past 5 and 10 years, imply that slower bullion demand from jewellers translates into a dull market,” wrote Tom Kendal, ICBC Standard Bank’s head of precious metals strategy, in a report Friday.

“However, averages can hide significant year-to-year variations. The range of performance for gold in June over the past 5 years ranges from positive 8.33% last year to negative 11.04% in 2013.”

In the report, Kendall highlighted both the bullish and bearish case for gold over the summer and argued that the metal may see some more upside.

“On balance, given the recent unwind in Comex length, the fact that we think the market may be mispricing the likelihood of the Fed staying on hold, and the trend in the dollar, we prefer to err on the bullish side,” he said.

Gold managed to rally on Friday, with June futures settling the day near 4-week highs at $1,268.10 an ounce.

However, there are bearish factors for gold still lingering in the marketplace like the imminent announcement of the Indian goods and services tax (GST) rate that will apply to gold jewelry, he noted.

“If government takes a more aggressive stance (which would be in keeping with the policy of bearing down on the current account deficit) then the gold price could take a hit.”

He added that positive equity markets, slumping oil and the potential Federal Reserve rate hike in June could also weigh on the yellow metal.

On the flip side, however, Kendall noted that the weaker U.S. dollar is helping to support the gold market. “[T]he trend from January is still firmly downwards,” he said.

As for the Fed rate hike, Kendall said that since the market is pricing in such a high probability of tightening in June, a surprise could help push gold higher.

“Last but not least, we have the US debt ceiling approaching, notwithstanding the current extraordinary funding measures. With the President’s support from within his own party looking far less solid that it was a month ago, and plenty of porkbarrels to be kept full, the horse-trading could get ugly (apologies for mixing the farmyard metaphors),” he added.

With a solid case for both sides, Kendall says the opposing forces could “net off” gold prices, leaving the metal adrift for the summer months.

“But we would rather not contemplate that depressing scenario.”