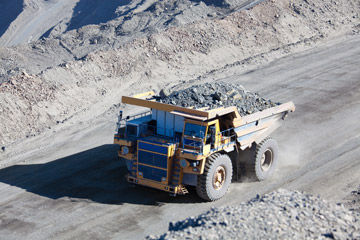 Australian gold output was down six metric tons during the first quarter, as miners battled through a cyclone and heavy rains, this according to a survey published on Sunday.

Australia, which is the second largest gold producer in the world after China, saw output total 71.5 metric tons during the first three month of the year, which is a drop of 8% from 77.5 metric tons registered in Q4 2016, Melbourne-based mining consultancy Surbiton Associates said in a survey.

“The fall in output for the recent March quarter was not surprising, as wet weather early in the year often disrupts production,” Surbiton Associates' director Dr. Sandra Close said. “This year heavy rain in Western Australia, which accounts for about three-quarters of Australia's gold output, plus the effects of Cyclone Debbie in Queensland in late-March, played havoc with gold production at many operations across the country.”

When Q1 2017 results are compared to output levels of Q1 2016, things do not look as bleak, as numbers are very similar, Close added.

First quarter lull is not an indication of any pattern, according to the survey, as Australian gold output is usually higher in other quarters due to more stable weather setting in the Southern Hemisphere.

The weather can affect gold production in many ways, including just slowing down the process.

“In open cuts and in underground operations where the ore is often hauled from underground to the lower levels of previously mined open pits, problems can arise due to ore and waste having to be trucked up steep, greasy haul roads,” Close said.

Some other ways heavy rains impact gold production include “flooding, access for supplies and materials handling problems,” the director added.

Some of the miners that experienced disruptions due to wet weather were: Newcrest’s Telfer mine in the Great Sandy Desert in northern Western Australia, Newmont’s Tanami operation, AngloGold and Independence’s Tropicana operation, and Newmont and Barrick's Super Pit at Kalgoorlie.